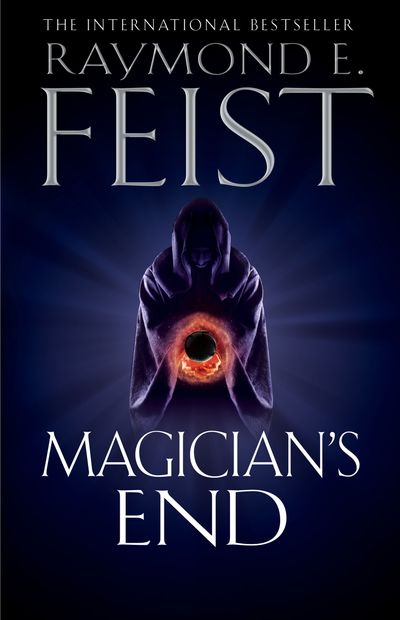 Discover the fate of the original black Magician, Pug, as prophecy becomes truth in the last book of the Riftwar Cycle.

THE FINAL VOLUME IN THE EPIC RIFTWAR CYCLE.

The dragons are calling…

Civil war is tearing apart the Kingdom of the Isles, for the throne lies empty and rivals are converging. Having spirited his beloved Princess Stephané safely out of Roldem, Hal – now Duke of Crydee – must turn his attention to the defence of the ancient realm so that a king can be anointed by the Congress of Lords, rather than by right of might.

But the greatest threat may well lie out of the hands of men. Somewhere in the Grey Towers Mountains something not of this world is emerging. It will require that alliances be made between mortal enemies if disaster is to be averted.

Elves and men must stand together, ancient heroes must rise again, dragons must fly and Pug, Magnus and the other magic-users of Midkemia must be prepared to make the ultimate sacrifice if the whole world is to be saved.

Author: Raymond E. Feist
Format: Paperback
Release Date: 24/04/2014
Pages: 656
ISBN: 978-0-00-726480-3
Raymond E. Feist was born and raised in Southern California. He was educated at the University of California, San Diego, where he graduated with honours in Communication Arts. He is the author of the bestselling and critically acclaimed Riftwar saga among other books.

Discover the fate of the original black Magician, Pug, as prophecy becomes truth in the last book of the Riftwar Cycle.