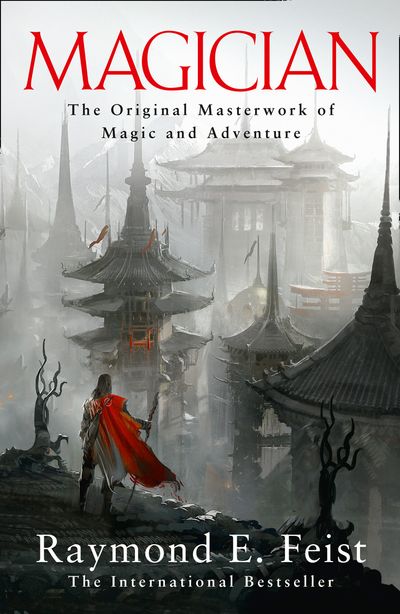 My name is Pug. I was once an orphaned kitchen boy, with no family and no prospects, but I am destined to become a master magician…

War is coming to the Kingdom of the Isles from another world, bringing with it chaos and destruction. Pug yearns to train as a warrior and fight for his kingdom alongside his foster-brother, Tomas, but instead he is forced to follow a different path: a path that will lead him right into the heart of the enemy. And one that will change the course of the war – and two worlds – forever.

So begins the most epic series in fantasy fiction, a tale that will cross worlds and generations.

Magician is the first book in the Riftwar Saga. The trilogy continues with book two, Silverthorn.

Author: Raymond E. Feist
Format: Paperback
Release Date: 25/04/2013
Pages: 880
ISBN: 978-0-00-748597-0
Detailed Edition: Young Adult edition
Raymond E. Feist was born and raised in Southern California. He was educated at the University of California, San Diego, where he graduated with honours in Communication Arts. He is the author of the bestselling and critically acclaimed Riftwar saga among other books.