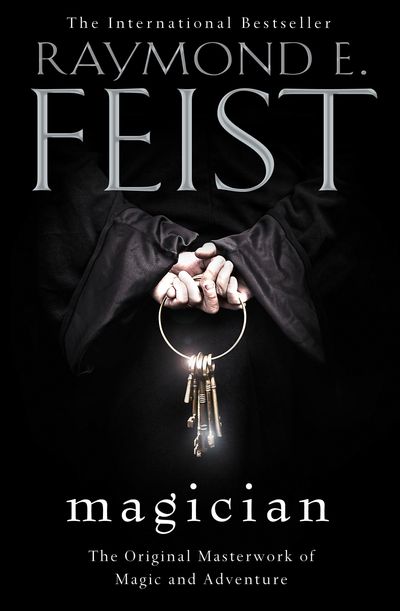 In the westernmost province of the Kingdom of the Isles, upon the world of Midkemia, an orphan kitchen boy named Pug was made apprentice to the magician Kulgan.

The world had changed even before I discovered the foreign ship wrecked on the shore below Crydee Castle, but it was the harbinger of the chaos and death that was coming to our door.

War had come to the Kingdom of the Isles, and in the years that followed it would scatter my friends across the world. I longed to train as a warrior and fight alongside our duke like my foster-brother, but when the time came, I was not offered that choice. My fate would be shaped by other forces.

My name is Pug. I was once an orphaned kitchen boy, with no family and no prospects, but I am destined to become a master magician…

Author: Raymond E. Feist
Format: Paperback
Release Date: 13/09/2012
Pages: 864
ISBN: 978-0-00-746686-3
Raymond E. Feist was born and raised in Southern California. He was educated at the University of California, San Diego, where he graduated with honours in Communication Arts. He is the author of the bestselling and critically acclaimed Riftwar saga among other books.

In the westernmost province of the Kingdom of the Isles, upon the world of Midkemia, an orphan kitchen boy named Pug was made apprentice to the magician Kulgan.