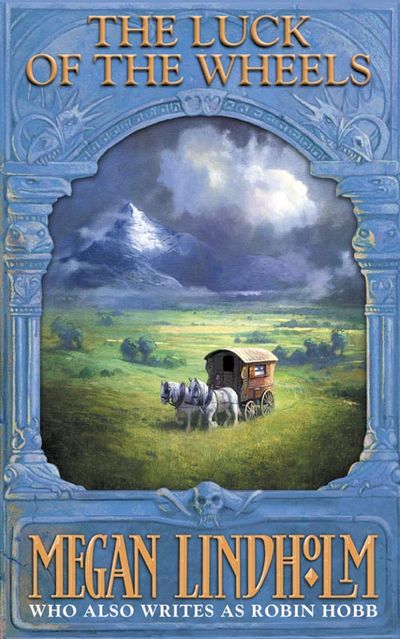 A reissue of classic backlist titles from the author of the best selling Farseer Trilogy and The Liveship Traders books. LUCK OF THE WHEELS is the fourth and final book in THE WINDSINGERS series, which introduced her popular gypsy characters, Ki and Vandien.

Gypsy traders Ki and Vandien should have realised the money was too good to be true. Three georns and a full orn to be paid on arrival – and all they had to do was transport the cargo to Villena! The cargo, however, turned out to be human; a boy called Goat, and his family seemed just a little bit too anxious to be rid of him.

The arrangement smelled like trouble. And it was; especially when faced with a few other unexpected problems… like a lovesick stowaway, an army of rebels and road bandits and a magical detour with death itself…

Author: Megan Lindholm
Format: Other Format
Release Date: 15/09/2011
ISBN: 978-0-00-738940-7
Megan Lindholm was born in California in 1952 and majored in Communications at Denver University, Colorado. A winner of both the Hugo and Nebula Award, she wrote a number of successful fantasy novels, including Cloven Hooves, The Windsinger trilogy and Wizard of the Pigeons before taking the name, Robin Hobb. Assassin’s Apprentice was Robin Hobb’s first novel, and was followed by the equally successful Royal Assassin and Assassin’s Quest. She lives outside Seattle, Washington.

A reissue of classic backlist titles from the author of the best selling Farseer Trilogy and The Liveship Traders books. LUCK OF THE WHEELS is the fourth and final book in THE WINDSINGERS series, which introduced her popular gypsy characters, Ki and Vandien.