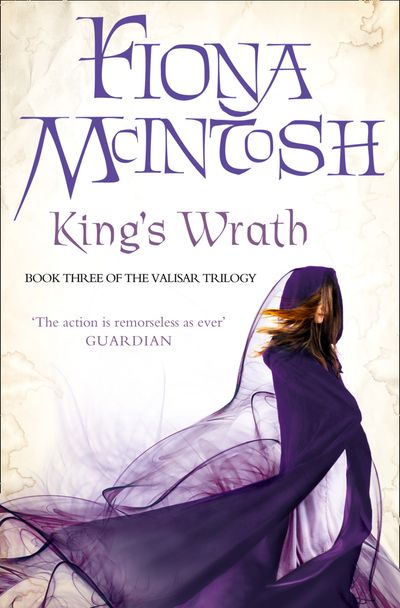 The third, and last, instalment of Fiona McIntosh’s gripping epic fantasy, set in a world torn by revenge, love and ancient magic

Loethar the Tyrant has established himself as the King of the Devona Set. No longer seen as a tyrant, his reforms and peace-making efforts have won over a section of society, especially since over the last 15 years, his people from the steppes have migrated and integrated into the Devona kingdoms.

Loethar no longer believes Prince Leo, the rightful heir to the throne, to be dead and hunts him and his outlaw allies; but another heir also exists – one the usurper should fear more than a prince on the run… and she has possession of the ancient Valisar enchantment.

Having learnt the truth of her parentage, her world and her family’s fate, she must decide whether to stay and face the King’s wrath, or escape back into the world she has hidden within for so many years.

Author: Fiona McIntosh
Format: Paperback
Release Date: 07/07/2011
Pages: 400
ISBN: 978-0-00-727606-6
Originally from Brighton, Fiona McIntosh moved to Australia in her teens and forged a successful career in travel - running a business with her husband - before becoming a writer. She continues her work and on top of this not only writes at least two books a year, but also spearheads the Fab Fantasy Bookclub - Australia's premier fantasy bookclub. She lives in southern Australia with her husband, her two lovely sons, two mad dogs and two insane birds.

The third, and last, instalment of Fiona McIntosh’s gripping epic fantasy, set in a world torn by revenge, love and ancient magic