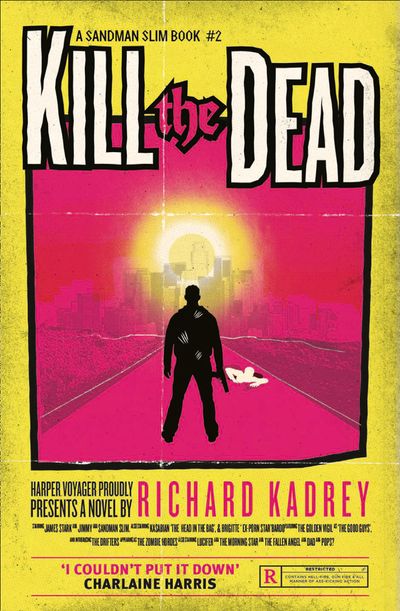 James Stark, a.k.a. Sandman Slim, crawled out of Hell, took bloody revenge for his girlfriend’s murder, and saved the world along the way. After that, what do you do for an encore? You take a lousy job tracking down monsters for money. It’s a depressing gig, but it pays for your beer and cigarettes. But in L.A., things can always get worse.

Death bites. Life is worse. All things considered, Hell’s not looking so bad.

Author: Richard Kadrey
Format: Other Format
Release Date: 21/06/2012
ISBN: 978-0-00-744601-8
Richard Kadrey is the New York Times bestselling author of the Sandman Slim supernatural noir books. Sandman Slim was included in Amazon’s ‘100 Science Fiction & Fantasy Books to Read in a Lifetime’, and is in development as a feature film. His other books include Hollywood Dead, The Everything Box, Metrophage, and Butcher Bird, and he also writes comics and screenplays. He lives in San Francisco.