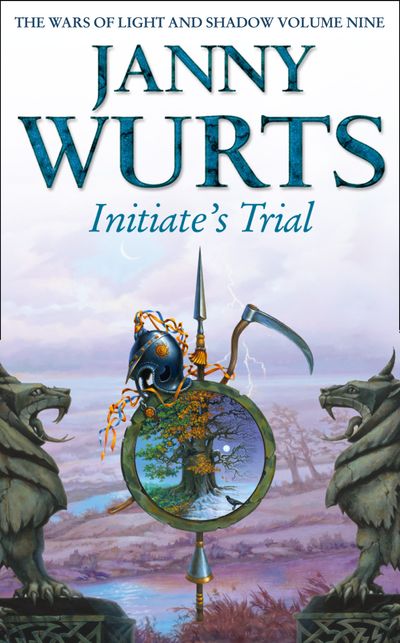 The long-awaited beginning of the fourth story arc – Sword of the Canon – in the epic fantasy series, the Wars of Light and Shadow.

Betrayed and double-crossed, Arithon s’Ffalenn is held captive by the Order of the Koriathain. The desperate Fellowship Sorcerers have gambled the weal of Athera and forced through the perilous bargain that spared him, as the last Prince of Rathain, and their sole hope of unity. To suspend the Prime Matriarch’s decree of execution, Arithon lives only to battle Marak’s horde of free wraiths, unleashed one by one from the shielding grip of the star wards.

But on the day the last wraith is redeemed, the inflexible terms sealed by Dakar’s oath of debt will be forfeit…

Against a backdrop in which the Religion of Light has undergone schism, the fanatical True Sect’s high priesthood stands consumed by its thwarted ambition: to conquer Havish, the backbone of order that secures the terms of Paravian survival. Now Lord Mayor of Etarra, Lysaer s’Ilessid must fight the pull of the Mistwraith’s curse, and battle for sanity to uphold his just ethic. Another young defender will stand at his side, newly sworn by the Sorcerer’s auspices.

As Arithon’s life once again becomes the fulcrum that shifts the game board, Elaira’s choice might save or break the unstable future; while at large and answerable to no mortal law, Davien and the dragon that holds his service throw in the wild card no one predicts…

Author: Janny Wurts
Format: Paperback
Release Date: 16/08/2012
Pages: 592
ISBN: 978-0-00-721783-0
Janny Wurts is the author of the Cycle of Fire series, co-author of the worldwide bestselling Empire series with Raymond E. Feist, and is currently working on the Wars of Light and Shadow series. She often paints her own covers and is also an expert horsewoman, sailor, musician and archer.

The long-awaited beginning of the fourth story arc - Sword of the Canon - in the epic fantasy series, the Wars of Light and Shadow.