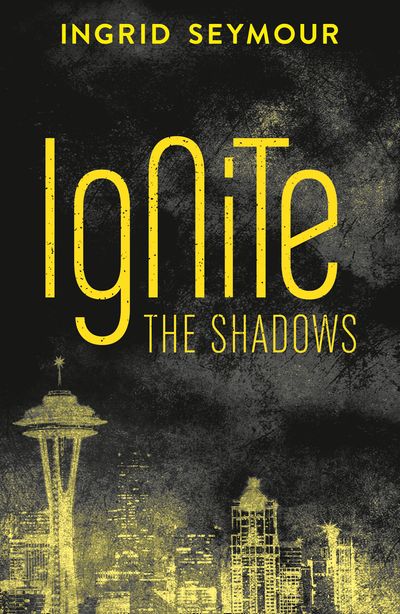 Sixteen-year-old Marci Guerrero is one of the best teen hackers in Seattle. However, she’d give up all her talents to know she isn’t crazy.

Marci feels possessed by shadowy spectres that take control of her body and make her do crazy things. While spying on the clandestine group known as IgNiTe, she is confronted by their mysterious leader, James McCray. His presence stirs the spectres inside her brain into a maddening frenzy. Her symptoms and ability to control them don’t go unnoticed by James, who soon recruits her. As IgNiTe reveals its secrets, Marci starts to realise that half the world’s population is infected with sentient parasites, which are attacking and eventually supplanting the human brain.

Now Marci wishes she was crazy, because this truth is far worse . . .

Author: Ingrid Seymour
Format: Paperback
Release Date: 22/10/2015
Pages: 356
Print on Demand: No stock held, printed to order.
ISBN: 978-0-00-812049-8
When Ingrid Seymour is not writing books, she spends her time working as a software engineer, cooking exotic recipes, hanging out with her family and working out. She lives in Birmingham, AL with her husband, two kids and a cat named Mimi. She can be found on Twitter @Ingrid_Seymour

Sixteen-year-old Marci Guerrero is one of the best teen hackers in Seattle. However, she’d give up all her talents to know she isn’t crazy.