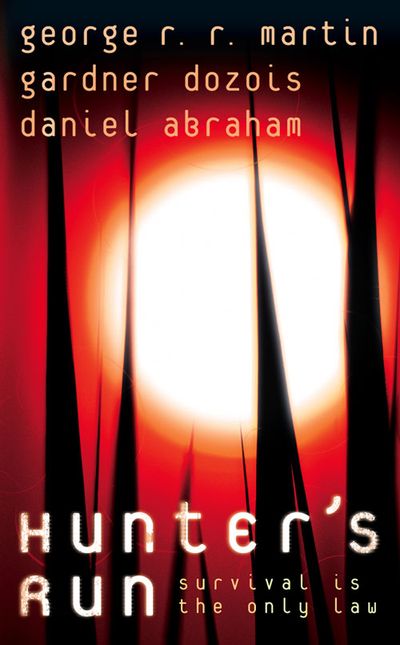 A powerful tale of betrayal, trickery and sheer human grit from a dream-team of authors

In a fight outside a bar Ramon Espejo kills a man. Next day, all hell breaks loose. The dead man was a big shot, a diplomat on a mission to the out-world of São Paulo. Ramon goes on the run, heading north toward unexplored territory, land so far only glimpsed from orbit during the first colony surveys.

Ramon has gone from being nothing in the hills of Mexico to being nothing on São Paulo. He makes a bare living prospecting for minerals. Maybe God meant him to be poor, or he wouldn’t have made him so mean. He can’t even remember why he killed the European, only the drinking, and the rage that followed.

Better to be alone in the wild landscape … off the map, beyond law and civilization. Each trip out he’s sure will be the big one that’ll make him rich. This one, too.

Instead he finds something else, something terrifying. Or rather, it finds him, and uses him: as humans are used by species more intelligent than themselves. But Ramon Espejo is about to prove what a man is capable of. Ramon is about to demonstrate what it is to be human; to be angry, intelligent and alive. And he is about to discover his function in the broad flow of the universe. And why it was he killed the diplomat in the first place…

Author: George R.R. Martin, Gardner Dozois and Daniel Abraham
Format: Paperback
Release Date: 02/06/2008
Pages: 400
ISBN: 978-0-00-726022-5
George R.R. Martin is the author of the bestselling A Song of Ice and Fire series and award-winning writer of books and screenplays.Gardner Dozois is a science fiction writer and editor who has won a record fifteen Hugo Awards for his work. He was the editor of Asimov’s Science Fiction magazine from 1984 to 2004.Daniel Abraham is a writer of science fiction and fantasy novels.

A powerful tale of betrayal, trickery and sheer human grit from a dream-team of authors