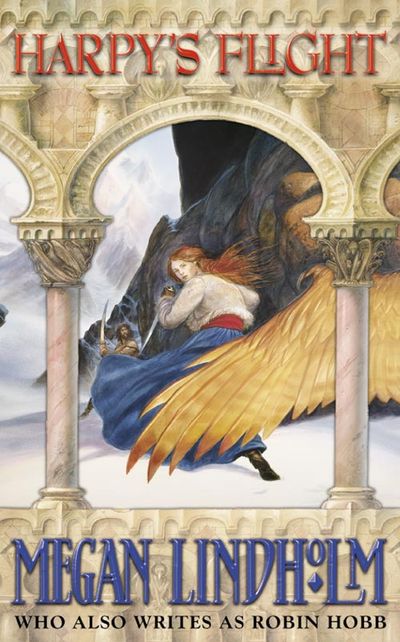 A reissue of classic backlist titles from the author of the best selling Farseer Trilogy and The Liveship Traders books. HARPY’S FLIGHT was Lindholm’s first novel, and the first in the WINDSINGERS series, which introduced her popular gypsy characters, Ki and Vandien.

Harpies don’t give up of blood debts. Neither do the men who serve them. A life must be given in return.

Devastated by the slaughter of her family and haunted by memories of her own violent revenge, Ki rejects the comfort of her husband’s gypsy people and wants only to wander in solitude as an outcast.

Across mountains sheathed with ice, through the treacherous shadow of the impassable Sisters, Ki finds herself running for her life, pursued by frenzied Harpies sworn to vengeance; and by one stubborn, dark-haired man who seems intent on being part of her future.

Author: Megan Lindholm
Format: Other Format
Release Date: 01/09/2011
ISBN: 978-0-00-738053-4
Megan Lindholm was born in California in 1952 and majored in Communications at Denver University, Colorado. A winner of both the Hugo and Nebula Award, she wrote a number of successful fantasy novels, including Cloven Hooves, The Windsinger trilogy and Wizard of the Pigeons before taking the name, Robin Hobb. Assassin’s Apprentice was Robin Hobb’s first novel, and was followed by the equally successful Royal Assassin and Assassin’s Quest. She lives outside Seattle, Washington.

A reissue of classic backlist titles from the author of the best selling Farseer Trilogy and The Liveship Traders books. HARPY'S FLIGHT was Lindholm's first novel, and the first in the WINDSINGERS series, which introduced her popular gypsy characters, Ki and Vandien.