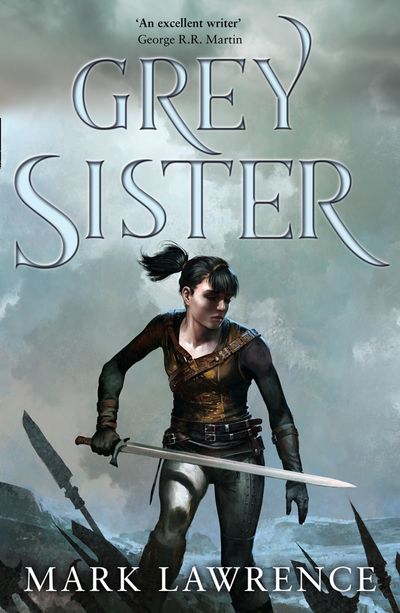 Second novel in the brilliant new series from the bestselling author of PRINCE OF THORNS.

In Mystic Class Nona Grey begins to learn the secrets of the universe. But so often, knowing the truth just makes our choices harder. Before she leaves the Convent of Sweet Mercy, Nona must choose her path and take the red of a Martial Sister, the grey of a Sister of Discretion, the blue of a Mystic Sister or the simple black of a Bride of the Ancestor, entailing a life of prayer and service.

Standing between her and these choices are the pride of a thwarted assassin, the ambition of a would-be empress wielding the Inquisition like a blade, and the vengeance of the empire’s richest lord.

As the world narrows around her, and her enemies attack her using the very system she has sworn to, Nona must forge her own path in spite of the pulls of friendship, revenge, ambition, and loyalty.

In all this only one thing is certain. There will be blood.

Author: Mark Lawrence
Format: Other Format
Release Date: 17/05/2018
ISBN: 978-0-00-815236-9
Mark Lawrence was born in Champaign-Urbana, Illinois, to British parents but moved to the UK at the age of one. He went back to the US after taking a PhD in mathematics at Imperial College to work on a variety of research projects including the ‘Star Wars’ missile defence programme. Returning to the UK, he has worked mainly on image processing and decision/reasoning theory. He says he never had any ambition to be a writer so was very surprised when a half-hearted attempt to find an agent turned into a global publishing deal overnight. His first trilogy, The Broken Empire, has been universally acclaimed as a ground-breaking work of fantasy, and both The Liar’s Key and The Wheel of Osheim have won the Gemmell Legend award for best fantasy novel. Mark is married, with four children, and lives in Bristol.Follow Mark on:Facebook: www.facebook.com/MarkLawrenceBooksTwitter: @mark__lawrence (please note: there are two underscores)

Second novel in the brilliant new series from the bestselling author of PRINCE OF THORNS.