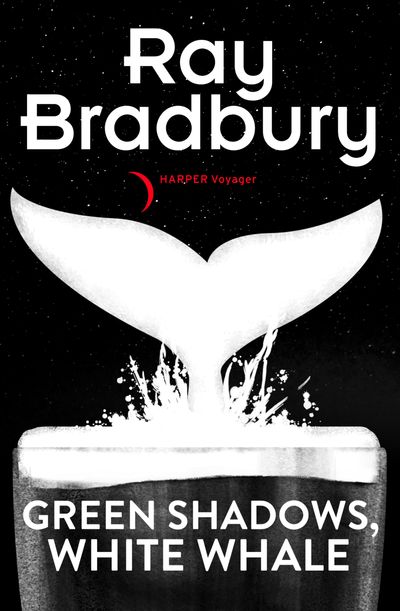 One of Ray Bradbury’s classic novels, available as an ebook for the first time.

In 1953, the brilliant but terrifying titan of cinema John Huston summons the young writer Ray Bradbury to Ireland. The apprehensive scribe’s quest is to capture on paper the fiercest of all literary beasts – Moby Dick – in the form of a workable screenplay so the great director can begin filming.

But from the moment he sets foot on Irish soil, the author embarks on an unexpected odyssey. Meet congenial IRA terrorists, tippling men of the cloth impish playwrights, and the boyos at Heeber Finn’s pub. In a land where myth is reality, poetry is plentiful, and life’s misfortunes are always cause for celebration, Green Shadows, White Whale is the grandest tour of Ireland you’ll ever experience – with the irrepressible Ray Bradbury as your enthusiastic guide.

Author: Ray Bradbury
Format: Other Format
Release Date: 21/08/2014
ISBN: 978-0-00-754175-1
One of the greatest science fiction and fantasy writers of all time, Ray Bradbury was born in Waukegan, Illinois, in 1920. He moved with his family to Los Angeles in 1934. Since his first story appeared in Weird Tales when he was twenty years old, he published some 500 short stories, novels, plays, scripts and poems. Among his many famous works are Fahrenheit 451, The Illustrated Man and The Martian Chronicles. Ray Bradbury died in 2012 at the age of 91.

One of Ray Bradbury’s classic novels, available as an ebook for the first time.