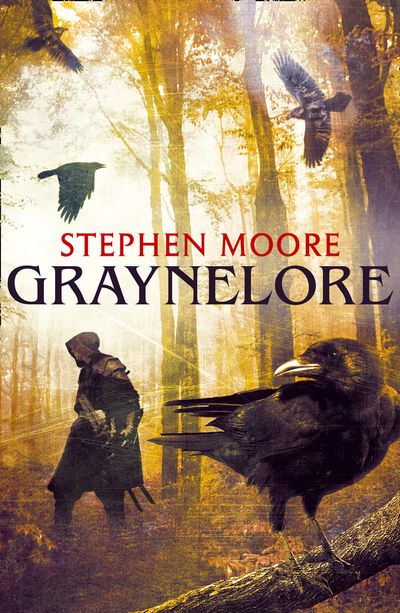 Rogrig Wishard is a killer, a liar and a thief.

Rogrig is the last person the fey would turn to for help. But they know something he doesn’t.

In a world without government or law, where a man’s loyalty is to his family and faerie tales are strictly for children, Rogrig is not happy to discover that he’s carrying faerie blood. Especially when he starts to see them wherever he goes.

To get his life back, he’s going to have to journey further from home than he’s ever been before and find out what the fey could possibly want from him. But that’s easier said than done when the punishment for abandoning your family is death.

Author: Stephen Moore
Format: Paperback
Release Date: 25/02/2016
Pages: 292
Print on Demand: No stock held, printed to order.
ISBN: 978-0-00-812047-4
Stephen Moore lives in the North East of England. Before he discovered the magic of storytelling, he was an exhibition designer, and he retains particularly fond memories of working in the weird world of museums –he can still frequently be found in auction houses pawing over old relics. His interests include rock music, movies, theatre and video games, but most of all he loves books, old and new. He can be found on Twitter @SMoore_Author

Rogrig Wishard is a killer, a liar and a thief.