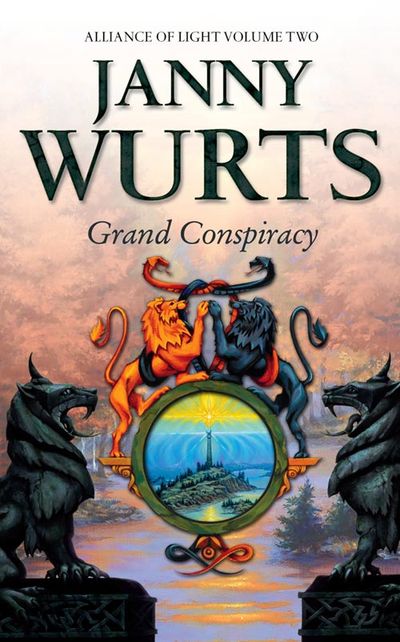 Where there is light, there must always be shadow… The fifth volume in Janny Wurts’s spectacular epic fantasy, now re-released with a striking new cover design along with the rest of the series.

The wars began when two half-brothers, gifted of light and shadow, stood shoulder to shoulder to defeat the Mistwraith. Their foe cast a lifelong curse of enmity between them that has so far woven three bitter conflicts and uncounted deadly intrigues.

It is a time of political upheavel, fanaticism and rampaging armies. Distrust of sorcery has set off a purge of the talented mageborn – none reviled more than Arithon, Master of Shadow. Through clever manipulation of events at the hands of his half-brother Lysaer, Lord of Light, Arithon’s very name has become anathema. Now the volatile hatreds that spearheaded the campaign against Shadow have overtaken all reason.

Those that still stand in Arithon’s desperate defence are downtrodden, in retreat and close to annihilation. The stage is set for the ultimate betrayal.

Author: Janny Wurts
Format: Other Format
Release Date: 09/02/2009
ISBN: 978-0-00-731807-0
Janny Wurts is the author of the Cycle of Fire series, co-author of the worldwide bestselling Empire series with Raymond E. Feist, and is currently working on the Wars of Light and Shadow series. She often paints her own covers and is also an expert horsewoman, sailor, musician and archer.

Where there is light, there must always be shadow… The fifth volume in Janny Wurts’s spectacular epic fantasy, now re-released with a striking new cover design along with the rest of the series.