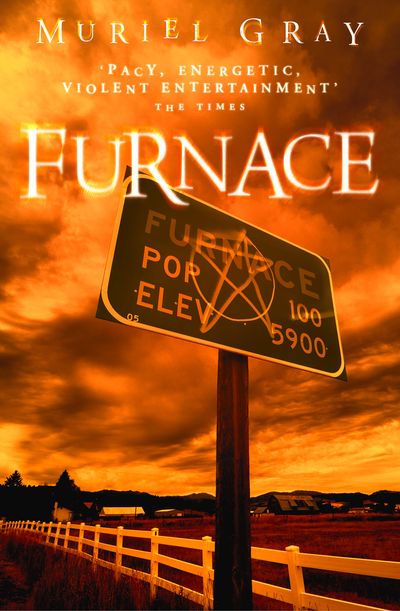 Something is being born.The darkness is its delight, deep and black and hot.Its growth is unstoppable.It knows who has summoned it.It knows that its carrier is aware and afraid.Its time is drawing near…

When long-distance truck driver Josh Spiller pulls into the small backwater town of Furnace, Virginia, he has a lot on his mind. He’s been driving for thirty-six hours straight after busting up with his pregnant girlfriend; he’s tired and hungry, and all he wants is to get some breakfast and rest up.

But Furnace has something special in store for Josh. Amongst the surprisingly affluent houses, the neat streets and smartly-dressed townsfolk lurks the stuff of living nightmare. A sequence of events is about to be unleashed that will test Josh to the edge of his endurance. A world of sorcery and malice is waiting to gather him in. For behind the prosperity of Furnace lie terrible secrets; and a terrifying fate in store for those who take an unwarranted interest.

Even now, as Josh searches for a place to stop, his electric-blue Peterbilt roaring through the gears, the eyes of the town are upon him.

The nightmare is beginning…

Author: Muriel Gray
Format: Paperback
Release Date: 03/12/2015
Pages: 348
Print on Demand: No stock held, printed to order.
ISBN: 978-0-00-815825-5
Muriel Gray was born in Glasgow in 1958, is a BA honours graduate in graphic design and illustration of the Glasgow School of Art, and worked as a professional illustrator before joining the National Museum of Antiquities in Edinburgh as assistant head of design.She then moved into broadcasting starting as a presenter on Channel 4’s seminal music programme The Tube, presenting all five series alongside Jools Holland and the late Paula Yates, whilst still retaining her post at the museum.A full-time career spanning more than three decades in the media followed, presenting many diverse flagship network radio and television programmes, including: The Media Show, Frocks on The Box, Ride On, The Booker Prize Live, Start The Week, The John Peel Show, Bliss, The Munro Show, Art is Dead, Walkie Talkie, The Snow Show and many others, as well as producing, directing, and then founding her own award-winning production company which grew into the largest in Scotland.She became a bestselling novelist with the publication of her debut horror novel, The Trickster, in 1995, and this was followed by Furnace in 1998 and The Ancient in 2001, which Stephen King hailed as being ‘scary and unputdownable’.She is also known as a political opinion writer for Time Out magazine, The Sunday Correspondent, The Sunday Mirror, Scotland on Sunday, The Sunday Herald, and continues to contribute regularly to The Guardian and other publications. She has won several prizes for journalism including columnist of the year at the Scottish press awards.Muriel is a former rector of Edinburgh University, still the only woman to have held this post, and has been awarded honorary degrees from the University of Abertay and Glasgow School of Art via Glasgow University. She is currently chair of the board of governorsat Glasgow School of Art, also the only woman to have held this post.She lives in Glasgow with her husband and three children. Her greatest disappointment is that she has not yet been abducted by aliens.