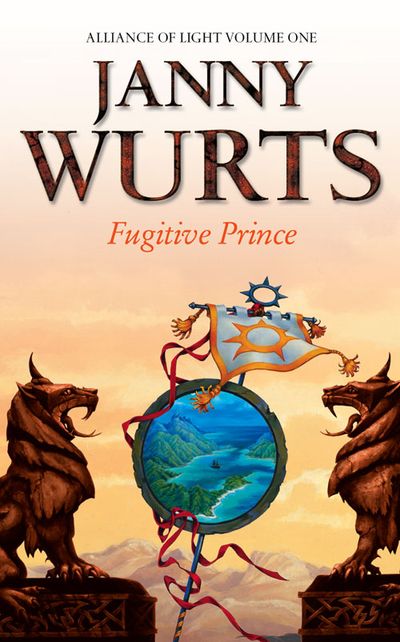 Where there is light, there must always be shadow… The fourth volume in Janny Wurts’s spectacular epic fantasy.

The schism began with two half-brothers empowered to subdue a Mistwraith. In revenge it cursed them to a life of perpetual conflict. Each believes absolutely in his cause, and loathes the other for opposing it…

Lysaer, Prince of the Light – a charismatic leader sworn to set humanity free from sorcerous oppression. He claims divine power to safeguard his people from an enemy he is convinced will destroy them.

Arithon, Master of Shadow – a trained mage who wishes for nothing but to defuse war, and search out the vanished old races who hold the key to restore the world’s shattered peace.

When Koriani enchantresses join forces with Lysaer, new intrigues upset Arithon’s hard-won autonomy. Faction is set against faction, heart against heart, and the scene is set for an explosive recurrence of war. The curse of the Mistwraith echoes eternal…

Author: Janny Wurts
Format: Other Format
Release Date: 25/02/2010
ISBN: 978-0-00-734692-9
Janny Wurts is the author of the Cycle of Fire series, co-author of the worldwide bestselling Empire series with Raymond E. Feist, and is currently working on the Wars of Light and Shadow series. She often paints her own covers and is also an expert horsewoman, sailor, musician and archer.

Where there is light, there must always be shadow… The fourth volume in Janny Wurts’s spectacular epic fantasy.