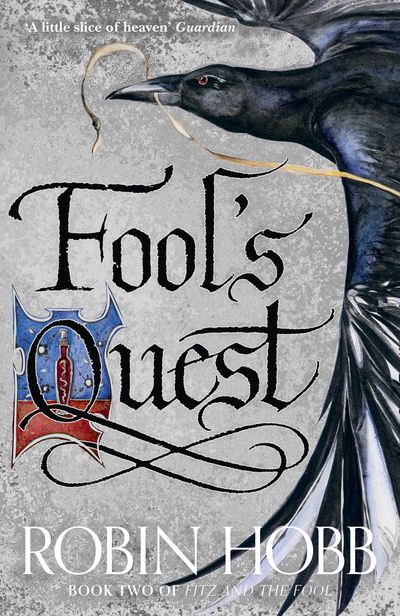 Years ago, they freed a dragon from the glaciers on Aslevjal. Then they parted ways, the Fool returning to far-off Clerres, while Fitz finally claimed a wife, a family, and a home of his own.

Now, betrayed by his own people and broken by torment, the Fool has made his way back to the Six Duchies. But as Fitz attempts to heal his old friend in Buckkeep Castle, his young daughter Bee is abducted from Withywoods by pale and mysterious raiders who leave ruin and confusion in their wake.

Fitz must find a way to rescue his beloved Bee. At the same time it is the Fool’s fiercest wish to return to Clerres with the best assassin he has ever known, to gain vengeance and justice.Can Fitz bear to take up the tools of his old trade again, even to avenge his dearest friend and save his child?

Author: Robin Hobb
Format: Other Format
Release Date: 13/08/2015
ISBN: 978-0-00-744423-6
Robin Hobb is one of the world’s finest writers of epic fiction.She was born in California in 1952 but raised in Alaska, where she learned how to raise a wolf cub, to skin a moose and to survive in the wilderness. When she married a fisherman who fished herring and the Kodiak salmon-run for half the year, these skills would stand her in good stead. She raised her family, ran a smallholding, delivered post to her remote community, all at the same time as writing stories and novels. She succeeded on all fronts, raising four children and becoming an internationally best-selling writer. She lives in Tacoma, Washington State.