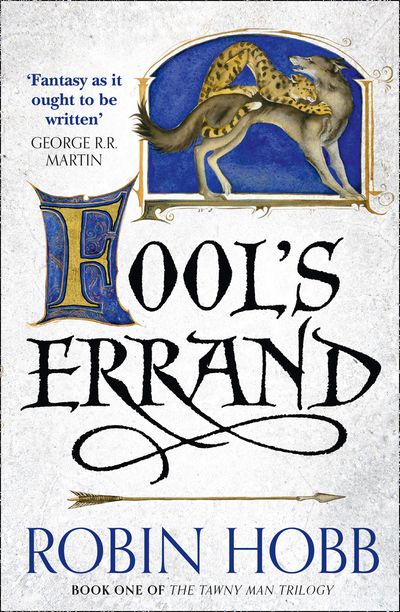 Return to the world of Fitz, the Fool and Nighteyes in the first book of The Tawny Man Trilogy by international bestselling author, Robin Hobb.

Years have passed since Fitz was tortured by Prince Regal. Now he lives in self-imposed exile far from the court. Even his beloved Molly believes him dead. It is safer that way.

But safety remains an illusion. Even though war is over dangerous undercurrents still swirl around the Six Duchies and suddenly young Prince Dutiful disappears just before his crucial diplomatic wedding to shore up the peace.

The Fools brings Fitz a secret mission. He and his bonded companion, the wolf Nighteyes, must find Dutiful and bring him back to be wed. For if the Outislanders are snubbed, war will surely resume. But what if the prince does not wish to be found?

Author: Robin Hobb
Format: Paperback
Release Date: 31/07/2014
Pages: 592
ISBN: 978-0-00-758589-2
Robin Hobb is one of the world’s finest writers of epic fiction.She was born in California in 1952 but raised in Alaska, where she learned how to raise a wolf cub, to skin a moose and to survive in the wilderness. When she married a fisherman who fished herring and the Kodiak salmon-run for half the year, these skills would stand her in good stead. She raised her family, ran a smallholding, delivered post to her remote community, all at the same time as writing stories and novels. She succeeded on all fronts, raising four children and becoming an internationally best-selling writer. She lives in Tacoma, Washington State.

Return to the world of Fitz, the Fool and Nighteyes in the first book of The Tawny Man Trilogy by international bestselling author, Robin Hobb.