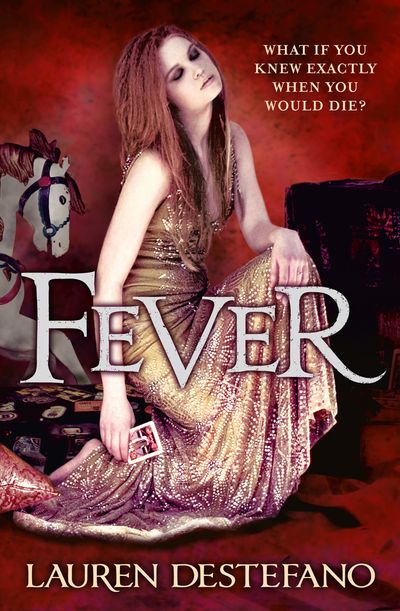 For 17-year-old Rhine Ellery, a daring escape from a suffocating polygamous marriage is only the beginning…

Running away brings Rhine and Gabriel right into a trap, in the form of a twisted carnival whose ringmistress keeps watch over a menagerie of girls. Just as Rhine uncovers what plans await her, her fortune turns again. With Gabriel at her side, Rhine travels through an environment as grim as the one she left a year ago – surroundings that mirror her own feelings of fear and hopelessness.

The two are determined to get to Manhattan, to relative safety with Rhine’s twin brother, Rowan. But the road there is long and perilous – and in a world where young women only live to age twenty and young men die at twenty-five, time is precious. Worse still, they can’t seem to elude Rhine’s father-in-law, Vaughn, who is determined to bring Rhine back to the mansion…by any means necessary.

In the sequel to Lauren DeStefano’s harrowing Wither, Rhine must decide if freedom is worth the price – now that she has more to lose than ever.

Author: Lauren DeStefano
Format: Other Format
Release Date: 16/02/2012
ISBN: 978-0-00-738701-4
Lauren DeStefano earned her BA in English with a Concentration in Creative Writing from Albertus Magnus College in Connecticut in 2007. The Chemical Garden Trilogy is her first series.

For 17-year-old Rhine Ellery, a daring escape from a suffocating polygamous marriage is only the beginning…