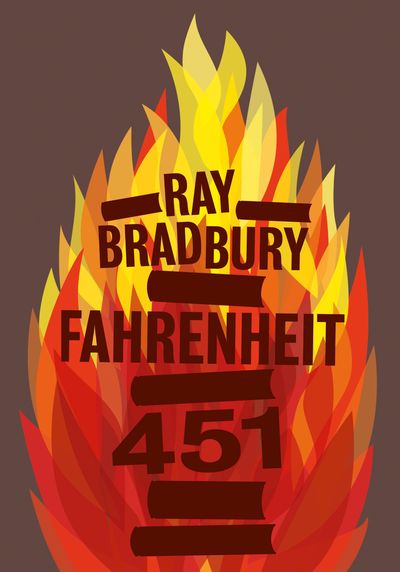 A beautiful clothbound edition of the internationally acclaimed Fahrenheit 451 – a masterwork of twentieth-century literature.

The terrifyingly prophetic novel of a post-literate future.

The classic dystopian novel of a post-literate future, Fahrenheit 451 stands alongside Orwell’s 1984 and Huxley’s Brave New World as a prophetic account of Western civilization’s enslavement by the media, drugs and conformity.

Bradbury’s powerful and poetic prose combines with uncanny insight into the potential of technology to create a novel which, decades on from first publication, still has the power to dazzle and shock.

Author: Ray Bradbury
Format: Hardback
Release Date: 28/03/2013
Pages: 240
ISBN: 978-0-00-749156-8
Detailed Edition: Clothbound edition
One of the greatest science fiction and fantasy writers of all time, Ray Bradbury was born in Waukegan, Illinois, in 1920. He moved with his family to Los Angeles in 1934. Since his first story appeared in Weird Tales when he was twenty years old, he published some 500 short stories, novels, plays, scripts and poems. Among his many famous works are Fahrenheit 451, The Illustrated Man and The Martian Chronicles. Ray Bradbury died in 2012 at the age of 91.

A beautiful clothbound edition of the internationally acclaimed Fahrenheit 451 – a masterwork of twentieth-century literature.