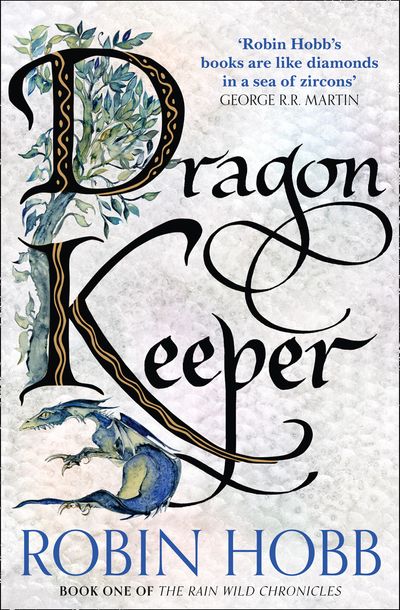 The first book in a four part series from one of the greatest writers in the fantasy genre. DRAGON KEEPER returns fans to Hobb’s best-loved world, full of dragons, magical ships and unforgettable characters.

Dragons have returned to the world . . .

Guided by the dragon Tintaglia, the serpents came from the sea to fight their way up the Rain Wild River to their ancestral hatching grounds.

But the fledglings that emerge from the cocoons are a travesty of the dragons of old. Flightless and fractious, they soon become a danger to all and must be moved. Thymara, a Rain Wilder born with scales and claws, answers the call to become one of the dragon keepers to accompany the creatures upriver.

Their target is the legendary Elderling city of Kelsingra. But no one knows if it even exists; and no one expects the dragon keepers to return, or even survive…

Author: Robin Hobb
Format: Paperback
Release Date: 17/12/2015
Pages: 560
ISBN: 978-0-00-815439-4
Robin Hobb is one of the world’s finest writers of epic fiction.She was born in California in 1952 but raised in Alaska, where she learned how to raise a wolf cub, to skin a moose and to survive in the wilderness. When she married a fisherman who fished herring and the Kodiak salmon-run for half the year, these skills would stand her in good stead. She raised her family, ran a smallholding, delivered post to her remote community, all at the same time as writing stories and novels. She succeeded on all fronts, raising four children and becoming an internationally bestselling writer. She lives in Tacoma, Washington State.

The first book in a four part series from one of the greatest writers in the fantasy genre. DRAGON KEEPER returns fans to Hobb’s best-loved world, full of dragons, magical ships and unforgettable characters.