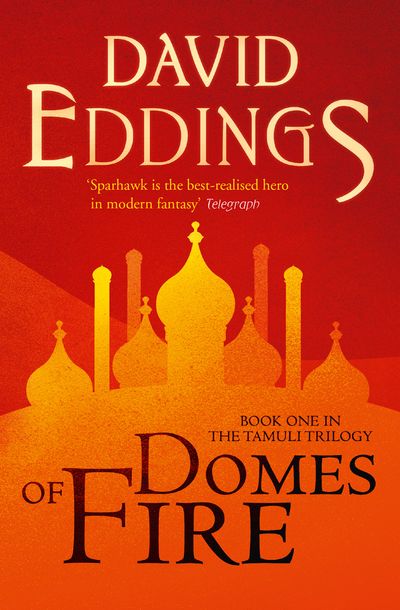 After saving Queen Ehlana and defeating the evil god Azash, Sparhawk is left to enjoy the hard-won peace of his kingdom. But peace is fragile and easily broken.

From the east, whispers of horrific armies being raised from the dead surface. Tales of ancient warriors and dreadful monsters who are tearing the kingdom apart.

Seeing the threat this poses to their kingdom and people, Ehlana and Sparhawk set out with a retinue to Matherion, the Tamuli capital. Little do they know that the enemy is already within the gates of fire-domed Matherion awaiting their arrival . . .

Author: David Eddings
Format: Paperback
Release Date: 10/09/2015
Pages: 592
ISBN: 978-0-00-757900-6
David Eddings was one of the original masters of epic fantasy. During a writing career that spanned more than three decades, David and his wife Leigh co-authored over thirty bestselling novels and created some of the world’s most loved characters. The Belgariad, The Malloreon, The Elenium and The Tamuli series are among their most famous work.