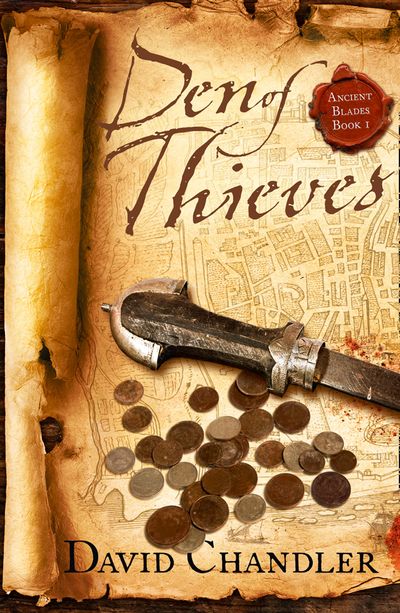 Croy is a knight errant, and bearer of an ancient blade with a powerful destiny. He’s also kind of, well, dim. He believes in honour. He believes that people are fundamentally good, and will do the right thing if you give them a chance.

Unfortunately, Croy lives in the city of Ness. A thriving medieval city of fifty thousand people, none of whom are fundamentally even decent, and who will gleefully stab you in the back. If you give them a chance.

Ness is also the home to Malden. Malden is a thief. He lives by his wits, disarming cunning traps, sneaking past sleeping guards, and running away very fast whenever people are trying to kill him. Which is often. One time Malden stole a crown. And then he had to steal it back to avoid a civil war. Croy got the credit, of course, because he’s a noble knight. Another time the two of them went into the tomb of an ancient warrior race, and Croy accidentally started a barbarian invasion. Guess who had to clean that up?

They probably wouldn’t be friends at all if it wasn’t for Cythera. Cythera is a witch. A mostly-good witch. And despite herself she can’t stop thieves and knights falling in love with her… At the same time.

Author: David Chandler
Format: Paperback
Release Date: 07/07/2011
Pages: 464
ISBN: 978-0-00-738418-1
David Chandler was born in Pittsburgh, Pennsylvania. He attended Syracuse University and received an MFA in creative writing from Penn State. He also holds a masters degree in Library Science from the Pratt Institute. He now lives in New York City with his wife who, in her wedding vows, promised to "kick serious zombie ass" for him.