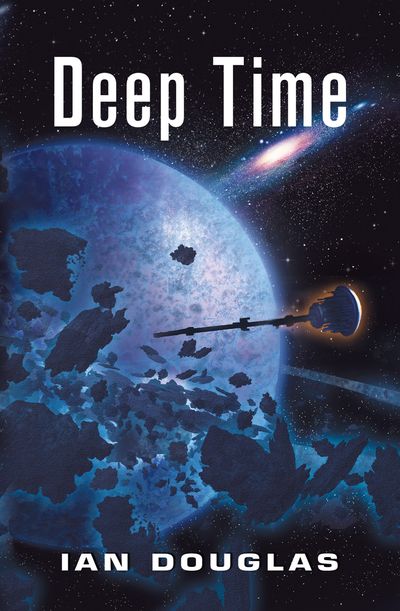 The clock is ticking in the struggle for galactic independence

Once rebels themselves facing off against the Earth Confederation, the United States of North America is now the dominant force in negotiations with the interstellar Sh’daar Collective. But just as the Marines root out the last violent dissenters, an alien ship of unknown origin suddenly flees Earth’s orbit. Is it mere coincidence . . . or a terrifying omen?

President Alexander Koenig watches with great interest as USNA forces chase the runaways down. But upon first contact, it’s not apparent where—or when—the crew is headed. For this bizarre species has somehow mastered the power to manipulate time itself. Now Koenig must decide whether he’s dealing with angels of astonishing technological prowess . . . or the agents of humanity’s destruction.

Author: Ian Douglas
Format: Other Format
Release Date: 26/05/2015
ISBN: 978-0-00-748383-9
Ian Douglas is the author of the popular military SF series The Heritage Trilogy, The Legacy Trilogy, and The Inheritance Trilogy. A former naval corpsman, he lives in Pennsylvania.