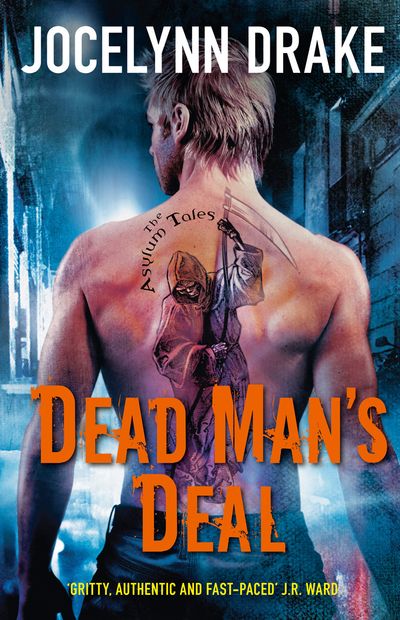 In a world where elves, faeries, trolls, werewolves, and vampires swim free in a sea of humanity, sometimes you need an edge.

Looking for a little love? Need some luck? Desperate for revenge? Gage can give you what you need. The most talented tattoo artist in town, he knows the right symbol and the right mix of ingredients and ink to achieve your heart’s desire. One tattoo is all it takes. But remember, everything has its price…

Gage learned that lesson long ago, in ways he’d rather not remember. But the cruel and powerful wizards in the dreaded Ivory Towers he escaped aren’t about to let him forget. Though Gage has managed to stay out of sight, he can’t outrun the past forever. The wizards know Gage is using forbidden magic, and they intend to punish him for his transgressions. Too bad if innocent humans and monsters-entire cities-get in the way. They will quell a nascent magical uprising and Gage will be the sacrifice they need. First, though, they have to find him.

Author: Jocelynn Drake
Format: Other Format
Release Date: 18/07/2013
ISBN: 978-0-00-752529-4
By day, Jocelynn Drake is a clean-cut financial analyst writer, but in her free time she writes about a dark underworld where vampires rule. The author of Nightwalker, she lives in Kentucky.