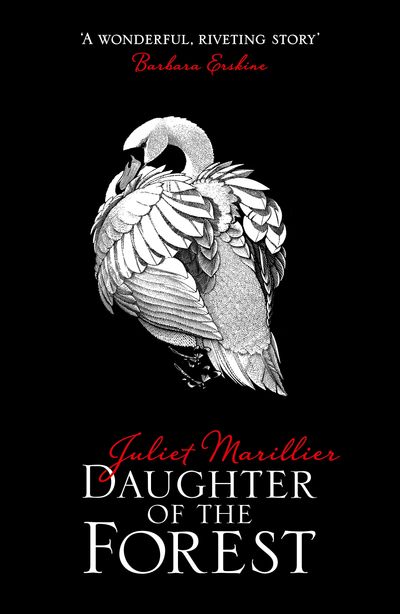 The keep at Sevenwaters is a strange, remote place, guarded by silent men who slip through the woodlands clothed in grey, and keep their weapons sharp. Invaders roam outside: raiders from across the sea bent on destruction. But now there is also an invader inside the keep: the Lady Oonagh, a sorceress as fair as day, with a heart as black as night.

Oonagh captivates Lord Colum and his six sons, but she cannot enchant his daughter, Sorcha. Frustrated in her attempts to destroy the family, Oonagh binds the brothers with a spell only Sorcha can lift. If she fails, they will die.

When the raiders break through, Sorcha is taken captive. Soon she will find herself torn between her duty to break the curse and a growing, forbidden love for her captor.

Author: Juliet Marillier
Format: Paperback
Release Date: 22/10/2015
Pages: 672
ISBN: 978-0-00-815040-2
Juliet Marillier was born in New Zealand and brought up in Dunedin, the ‘Edinburgh of the South’. She has a passionate interest in Celtic music and Irish folklore. A mother of two daughters and two sons, she lives in a rural area outside Perth in Western Australia.