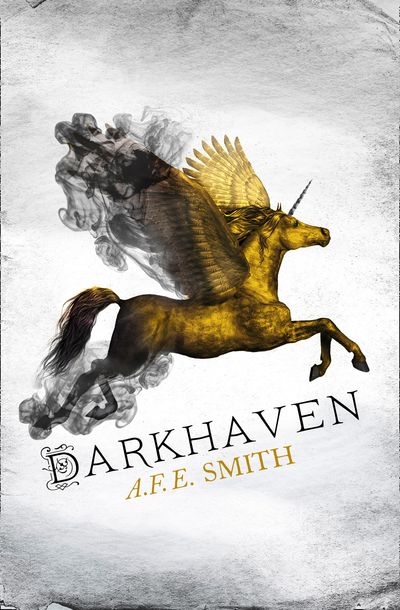 Yet her half-brother Myrren hasn’t inherited the family’s ability to shapeshift, so their father, Florentyn, forces Ayla to take over as heir to the throne.

When Ayla is accused of Florentyn’s brutal murder only Myrren believes her innocent and aids her escape. A fugitive from her own guard, Ayla must now fight to clear her name if she is ever to wear the crown she never wanted and be allowed to return to the home she has always loved.

But does something more sinister than the power to shapeshift lie at the heart of the Nightshade family line?

Author: A. F. E. Smith
Format: Paperback
Release Date: 28/01/2016
Pages: 364
Print on Demand: No stock held, printed to order.
ISBN: 978-0-00-812073-3
A.F.E. Smith is an editor of academic texts by day and a fantasy writer by night. She lives with her husband and their two young children in a house that was apparently built to be as creaky as possible. She can be found on Twitter @afesmith