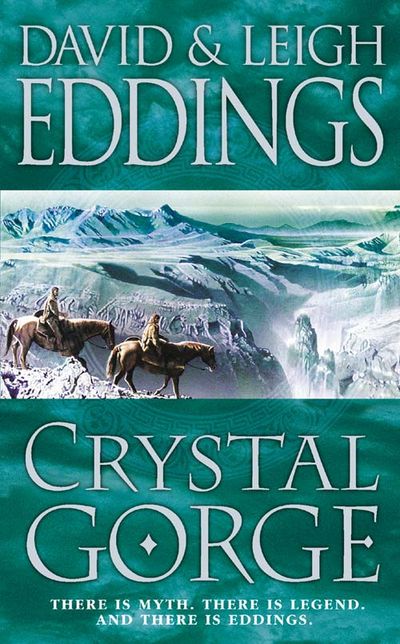 The Dreamers are children teetering on the brink of divinity. They have the power to change the world with their dreams.

The Elder Gods have defeated the Vlagh twice – with the aid of the Dreamers and the mysterious Treasured One who seems, worryingly, to be controlling them – but the unspeakable Creature of the Wasteland is on the fast track to world domination as the time approaches for the Younger Gods to take their place.

Now all the varied resources of the domains of the Gods are marshalled to bring a halt to the spread of evil. But there is pestilence and skirmishing, and suddenly the balance of power shifts.

The Ruler of the Wasteland has infiltrated another domain of the Gods, the land of short summers, where bison and deer roam. There the strange and marvellous crystal gorge, which can be no natural formation of rock, is destined to become a battleground of great beauty and great terror.

The enemy is closer to knowing the secrets of the Treasured One and the Dreamers are in grave danger of delivering a nightmare to the world of the Elder Gods.

Author: David Eddings and Leigh Eddings
Format: Other Format
Release Date: 25/03/2010
ISBN: 978-0-00-736801-3
David Eddings was born in Washington State in 1931 and grew up near Seattle. He graduated from the University of Washington and went on to serve in the US Army. Subsequently he worked as a buyer for the Boeing company and taught college-level English. His first novel was a contemporary adventure, but he soon began a spectacular career as a fantasy writer with his bestselling series The Belgariad.