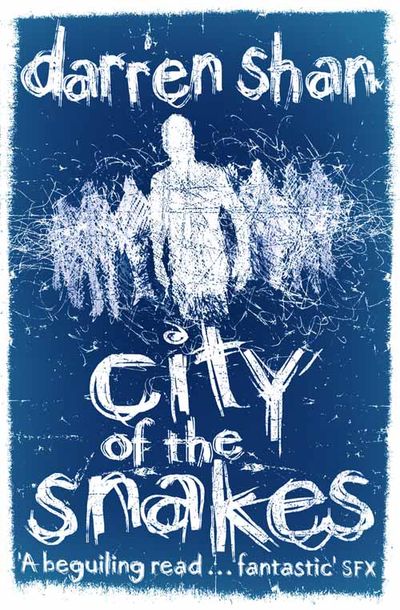 City of the Snakes

The final, never-before-published volume in the noirish, gritty urban fantasy for adults from the bestselling Children’s author.

For ten years Capac Raimi has ruled the City. Created by the first Cardinal to rule after him and continue his legacy, Capac cannot be killed.

But now Capac has disappeared without trace. His trusted lieutenant, Ford Tasso, suspects the mysterious villacs. Ancient and powerful, these Incan priests are the true masters of the City. Only one man might have the cunning to outwit such deadly adversaries – Al Jeery, who has taken on the guise of his father, the terrifying assassin Paucar Wami.

Al has no love for Capac, and no wish to get mixed up with the villacs. But then Ford promises to give him the one thing in the world he truly craves – the man who killed those he loved most, ruining his life and setting him on his current destructive path. Lured back into the twisted, nightmarish world of the Incan priests, Al will learn more about the City than he ever imagined, and be offered more power than he ever desired.

But in the City, everything comes at a cost…

City of the Snakes

The final, never-before-published volume in the noirish, gritty urban fantasy for adults from the bestselling Children’s author.