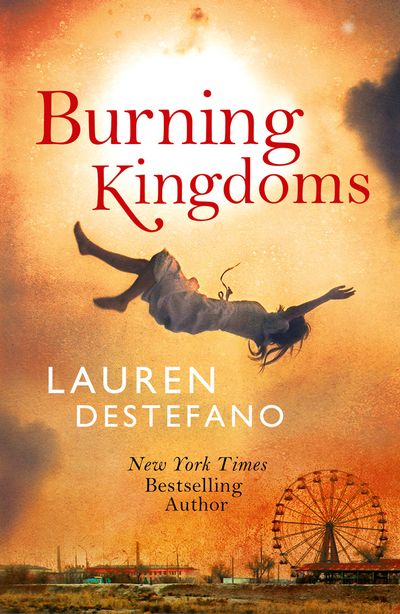 Danger descends in the second book of The Internment Chronicles, from the New York Times bestselling author of The Chemical Garden trilogy.

After escaping the city of Internment, Morgan and her fellow fugitives land on the ground to finally learn about the world beneath their floating island home.

The ground is a strange place where water falls from the sky as snow, and people watch moving pictures and visit speakeasies. A place where families can have as many children as they want, bury their dead in vast gardens of bodies, and where Internment is the feature of an amusement park.

It is also a land at war.

Everyone who fled Internment had their own reasons to escape their corrupt haven, but now they’re caught under the watchful eye of another ruler who wants to dominate his world. They may have made it to the ground, but have they dragged Internment with them?

Author: Lauren DeStefano
Format: Paperback
Release Date: 12/03/2015
Pages: 352
ISBN: 978-0-00-754123-2
Lauren DeStefano is the author of The Internment Chronicles and The Chemical Garden Trilogy, which includes WITHER, FEVER, and SEVER. She earned her BA in English with a concentration in creative writing from Albertus Magnus College in Connecticut. Visit her at LaurenDeStefano.com.

Danger descends in the second book of The Internment Chronicles, from the New York Times bestselling author of The Chemical Garden trilogy.