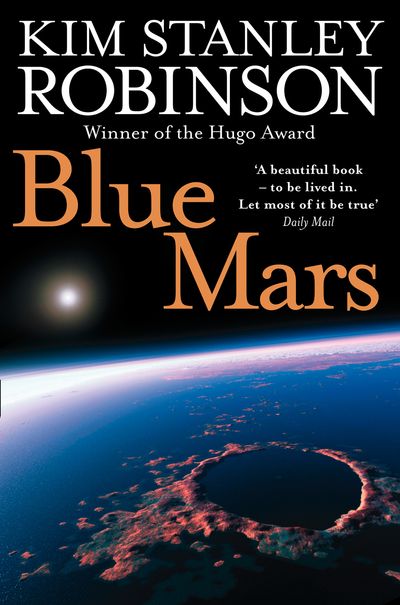 The final novel in the worldwide bestselling Mars trilogy, now part of the Voyager Classics collection.

Mars has grown up

It is fully terraformed – genetically engineered plants and animals live by newly built canals and young but stormy seas.

It is politically independent. A brave and buzzing new world. Most of the First Hundred have died. Those that remain are like walking myths to Martian youth.

Earth has grown too much

Chronic overpopulation, bitter nationalism, scarce resources. For too many Terrans, Mars is a mocking utopia. A dream to live for, fight for… perhaps even die for.

Author: Kim Stanley Robinson
Format: Other Format
Release Date: 11/04/2013
ISBN: 978-0-00-740217-5
Kim Stanley Robinson was born in 1952. After travelling and working around the world, he settled in his beloved California. He is widely regarded as the finest science fiction writer working today, noted as much for the verisimilitude of his characters as the meticulously researched hard science of his work. He has won just about every major sf award there is to win.

The final novel in the worldwide bestselling Mars trilogy, now part of the Voyager Classics collection.