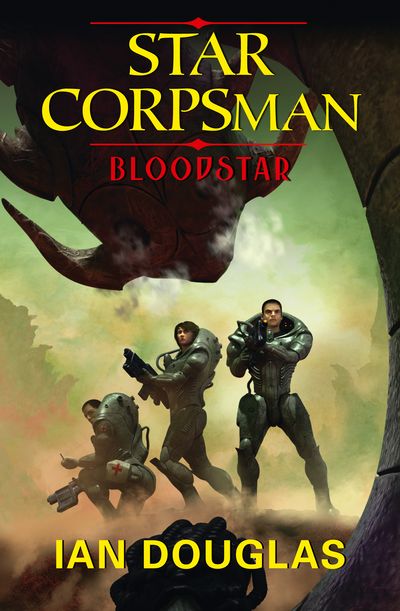 Big, bold military science fiction action from one of the genre’s biggest names.

In the 23rd Century, war is still hell…

Corpsman Eliot Carlyle joined the Navy to save lives and see the universe. Now, he and Bravo Company’s Black Wizards of the interstellar Fleet Marine Force are en route to Bloodworld – a hellish, volatile rock, colonized by the fanatical Salvationists who desired an inhospitable world where they could suffer for humanity’s sins. However, their penance could prove fatal – for the mysterious alien race known as the Qesh have just made violent, bloody first contact.

Suddenly, countless lives depend upon Bravo Company as the Marines prepare to confront a vast force of powerful, inscrutable enemies that unless stopped threaten the fate of homeworld Earth itself. And one dedicated medic, singled out by an extraordinary act of valour, will find himself with an astounding opportunity to alter the universe forever…

Big, bold military science fiction action from one of the genre’s biggest names.