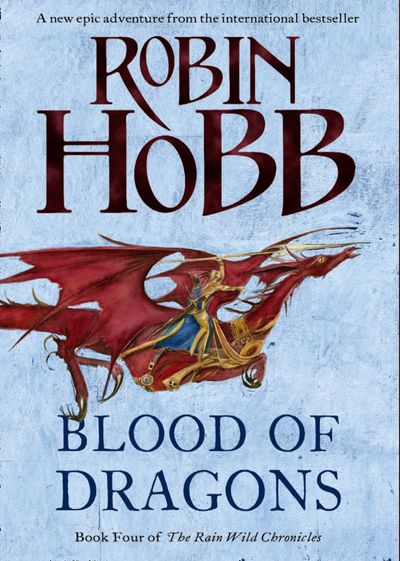 Dragons will fly over Kelsingra once more…

Attacked by hunters, Tintaglia is dying of her wounds. If she perishes, her ancestral memories will die with her and the dragons in the ancient city of Kelsingra will lose the secret knowledge they need to survive.

The dragon keepers immerse themselves in the dangerously addictive memory-stone records of the city in the hope of recovering the lost Elderling magic that once allowed humans and dragons to co-exist.

But war is coming: war between dragons and those who would destroy them…

Author: Robin Hobb
Format: Other Format
Release Date: 14/03/2013
ISBN: 978-0-00-744415-1
Robin Hobb is one of the world’s finest writers of epic fiction.She was born in California in 1952 but raised in Alaska, where she learned how to raise a wolf cub, to skin a moose and to survive in the wilderness. When she married a fisherman who fished herring and the Kodiak salmon-run for half the year, these skills would stand her in good stead. She raised her family, ran a smallholding, delivered post to her remote community, all at the same time as writing stories and novels. She succeeded on all fronts, raising four children and becoming an internationally best-selling writer. She lives in Tacoma, Washington State.