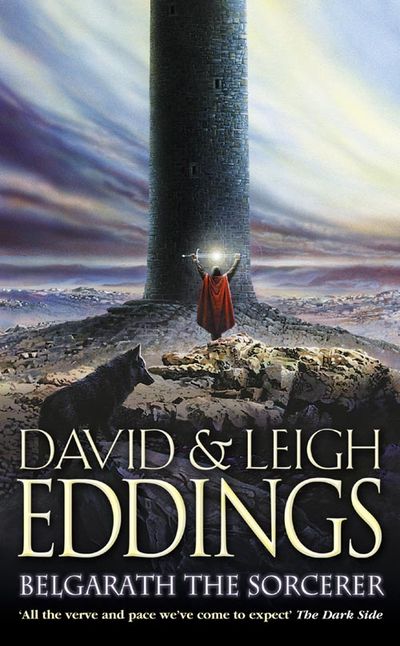 The life story of Belgararth the Sorcerer: his own account of the great struggle that went before the Belgariad and the Malloreon, when gods stills walked the land.

Here is the full epic story of Belgarath, the great sorcerer learned in the Will and the Word on whom the fate of the world depends. Only Belgarath can tell of those near-forgotten times when Gods still walked the land: he is the Ancient One, the Old Wolf, his God Aldur’s first and most-favoured disciple. Using powers learned over the centuries Belgarath himself records the story of conflict between two mortally opposed Destinies that split the world asunder.

A hugely entertaining work of great daring, wit, grandeur and excitement that confirms the role of Belgarath the Sorcerer as one of the mightiest fantasy creations of the century.

Author: David Eddings and Leigh Eddings
Format: Other Format
Release Date: 25/03/2010
ISBN: 978-0-00-736800-6
David Eddings was born in Washington State in 1931 and grew up near Seattle. He graduated from the University of Washington and went on to serve in the US Army. Subsequently, he worked as a buyer for the Boeing Aircraft Company and taught college-level English. His career as a fantasy writer, with his wife Leigh, has been spectacular.

The life story of Belgararth the Sorcerer: his own account of the great struggle that went before the Belgariad and the Malloreon, when gods stills walked the land.