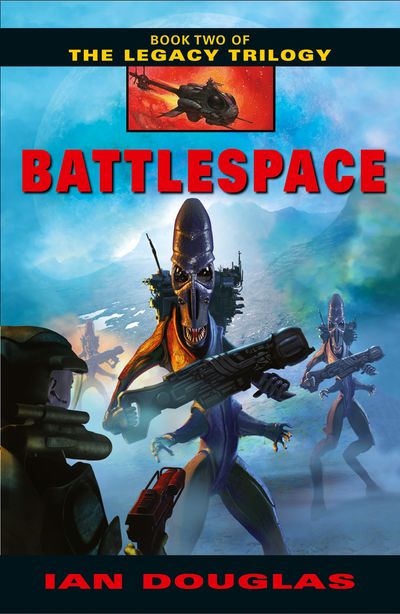 When called to do battle many light years from home, the 1st Marine Interstellar Expeditionary Unit rose to the challenge – and now thousands of enslaved humans have been freed, but the earth has moved on…

Earth is twenty-one years older than the home planet they originally left, and the Marines need time to retrain and readjust – time they do not have, due to the bizarre disappearance of a detachment of their brothers- and sisters-in-arms. It is a mystery, but there is a starting point: an ancient wormhole threading through the Sirius system.

Whatever waits on the other side must be confronted, with stealth, with force, and without fear – be it an ancient enemy or a devastating new threat.

The Marines are heading into the perilous unknown . . . and what transpires there could reshape the universe for millennia to come.

Author: Ian Douglas
Format: Other Format
Release Date: 04/04/2013
ISBN: 978-0-00-748373-0
Ian Douglas is the author of the popular military SF series The Heritage Trilogy, The Legacy Trilogy, and The Inheritance Trilogy. A former naval corpsman, he lives in Pennsylvania.

When called to do battle many light years from home, the 1st Marine Interstellar Expeditionary Unit rose to the challenge – and now thousands of enslaved humans have been freed, but the earth has moved on…