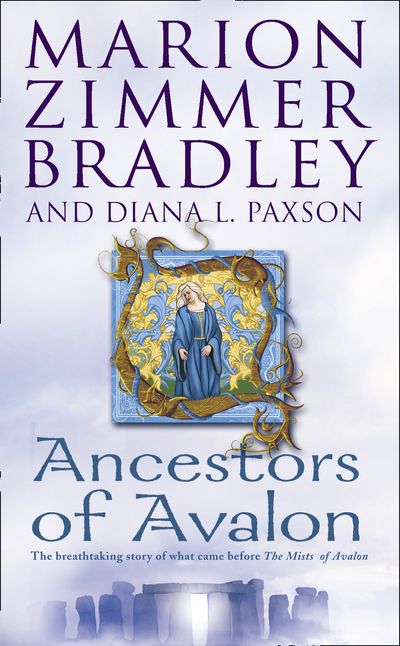 The priests and priestesses of Atlantis have known for many years that the Sea Kingdoms were doomed. But now the final destruction has arrived they find themselves less prepared than they had thought for what lies ahead.

Micail and Tiriki, prince and princess of the last island to fall, as well as priest and priestess, are separated during the final escape. Micail and his cousin, Prince Tjalan, successfully arrive at their planned destination, a trading post in the Hesperides (the British Isles) where Tjalan loses no time in taking charge. He dreams of continuing the traditions of Atlantis and founding a glorious new empire – whether the local tribes like it or not. Micail and the other priests dedicate themselves to fulfilling an ancient prophesy that they will build a great temple in this new land – and set about finding a way to shift the huge blocks of granite that will become Stonehenge.

Micail’s beloved wife Tiriki also arrives in the Hesperides, but, blown off-course by a storm, her ship lands on the wrong shore. She and the elderly priest Chedan lead their small group in forming a new community in harmony with the local population at the sacred Tor (Glastonbury). Once the two groups become aware of each other, conflict will become inevitable.

A deeply moving and utterly convincing tale of faith in the face of adversity, filled with memorable characters and haunting landscapes.

Author: Marion Zimmer Bradley and Diana L. Paxson
Format: Other Format
Release Date: 08/07/2010
ISBN: 978-0-00-739557-6
Marion Zimmer Bradley is the creator of the popular Darkover universe as well as the critically acclaimed author of the bestselling The Mists of Avalon, its sequel, The Forest House, and Priestess of Avalon with her long-time collaborator Diana L. Paxson. She died in Berkeley, California on September 25, 1999.Diana L. Paxson was born in Detroit, Michigan in 1943, but moved to Los Angeles at the age of three and has been a Californian ever since. After attending Mills College in 1960, she received a masters degree in Comparative (Medieval) Literature from U.C. Berkeley. She married and became the mother of two children. In 1971 she began seriously writing. Her first short story was published in 1978 and her first novel in 1981.