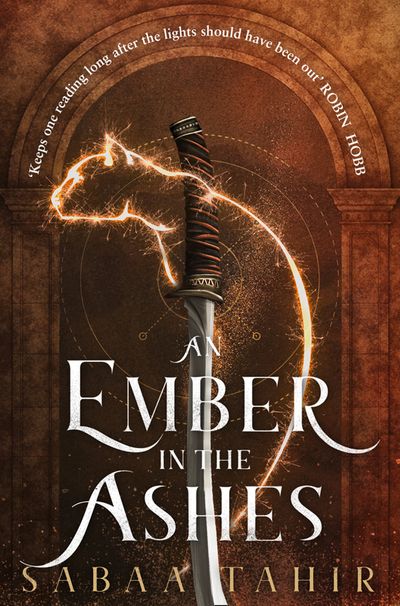 An Ember in the Ashes

Read the explosive New York Times bestselling debut that’s captivated readers worldwide. Set to be a major motion picture, An Ember in the Ashes is the book everyone is talking about.

Under the Martial Empire, defiance is met with death.

When Laia’s grandparents are brutally murdered and her brother arrested for treason by the empire, the only people she has left to turn to are the rebels.

But in exchange for their help in saving her brother, they demand that Laia spy on the ruthless Commandant of Blackcliff, the Empire’s greatest military academy. Should she fail it’s more than her brother’s freedom at risk . . . Laia’s very life is at stake.

There, she meets Elias, the academy’s finest soldier. But Elias wants only to be free of the tyranny he’s being trained to enforce. He and Laia will soon realize that their destinies are intertwined – and that their choices will change the fate of the Empire itself.

An Ember in the Ashes

Read the explosive New York Times bestselling debut that’s captivated readers worldwide. Set to be a major motion picture, An Ember in the Ashes is the book everyone is talking about.