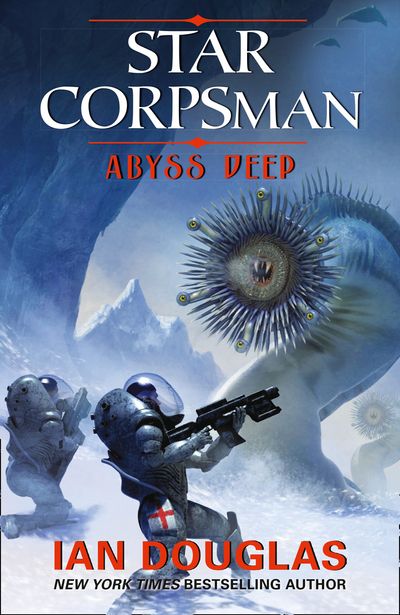 Marines are still the toughest sons of guns in the galaxy.

As Bravo Company defuses a hostage crisis on an orbiting mining station, Navy Corpsman Elliot “Doc” Carlyle not only saves the lives of a wounded Marine and two extraterrestrial friendlies—he averts a terrorist strike intended to kill billions. His reward? Deployment on a recon mission into the darkest depths known to man.

Abyss Deep is a foreboding ocean planet torn by extremes: boiling storm world on one side, unbroken glacier on the other. Humans established a research colony there to study the planet’s giant sea serpents—but the colony has gone ominously silent. When Carlyle’s team arrives, they discover a vessel belonging to a warlike alien species hovering above the atmosphere. But below the ice lurks a mystery so chilling it will make even Elliot Carlyle’s blood run cold.