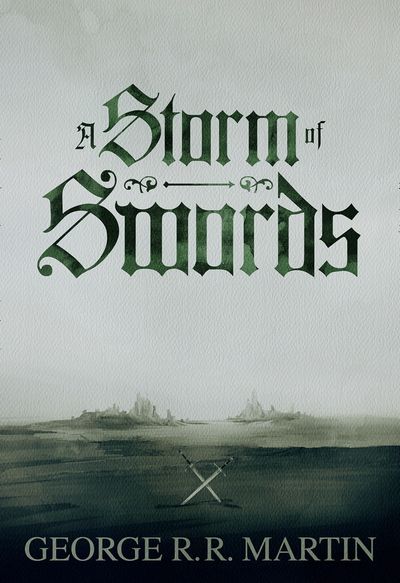 A Storm of Swords (Enhanced Edition)

Available only on iBooks, this enhanced edition containing parts one and two of A Storm of Swords, is an amazing way to explore the rich world of George R.R. Martin’s series.

Stay on top of the epic story lines with annotations, glossaries, and family trees. Follow each main character’s journey with interactive maps. Explore the symbolism of every house’s sigil. In addition to hundreds of enhancements, you’ll find an excerpt of The Winds of Winter, the hugely anticipated sixth book in Martin’s series.

Of the five contenders for power, one is dead, another in disfavour, and still the wars rage as violently as ever. Joffrey, of House Lannister, sits on the Iron Throne. His most bitter rival, Lord Stannis, stands defeated and disgraced. But young Robb, of House Stark, still rules the North. Robb plots against his despised Lannister enemies, even as they hold his sister hostage at King’s Landing. Meanwhile, making her way across a blood-drenched continent is the exiled queen, Daenerys, mistress of the only three dragons still left in the world. . .

But as opposing forces manoeuvre for the final titanic showdown, an army of barbaric wildlings arrives from the outermost line of civilization. In their vanguard is a horde of mythical Others: a supernatural army of the living dead. As the future of the land hangs in the balance, no one will rest until the Seven Kingdoms have exploded in a veritable storm of swords.

A Storm of Swords (Enhanced Edition)

Available only on iBooks, this enhanced edition containing parts one and two of A Storm of Swords, is an amazing way to explore the rich world of George R.R. Martin’s series.