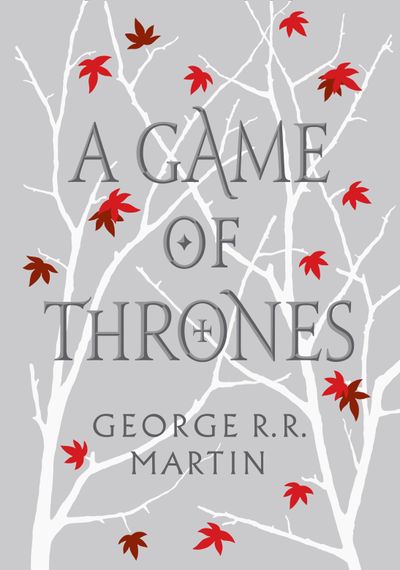 A beautiful clothbound edition of the internationally acclaimed A Game of Thrones – the first volume in the greatest epic work of the modern age.

It will stretch from the south, where heat breeds plot, lust and intrigues; to the vast frozen north, where a 700-foot wall of ice protects the kingdom from the dark forces that lie beyond.

As Warden of the North, Lord Eddard Stark counts it a curse when King Robert bestows on him the office of the Hand. His honour weighs him down at court where a true man does what he will, not what he must…and a dead enemy is a thing of beauty.

The old gods have no power in the south, Stark’s family is split and there is treachery at court. Worse, a vengeance-mad boy has grown to maturity in exile in the Free Cities beyond the sea. Heir of the mad Dragon King deposed by Robert, he claims the Iron Throne.

In the game of thrones, you win or you die.

A beautiful clothbound edition of the internationally acclaimed A Game of Thrones – the first volume in the greatest epic work of the modern age.