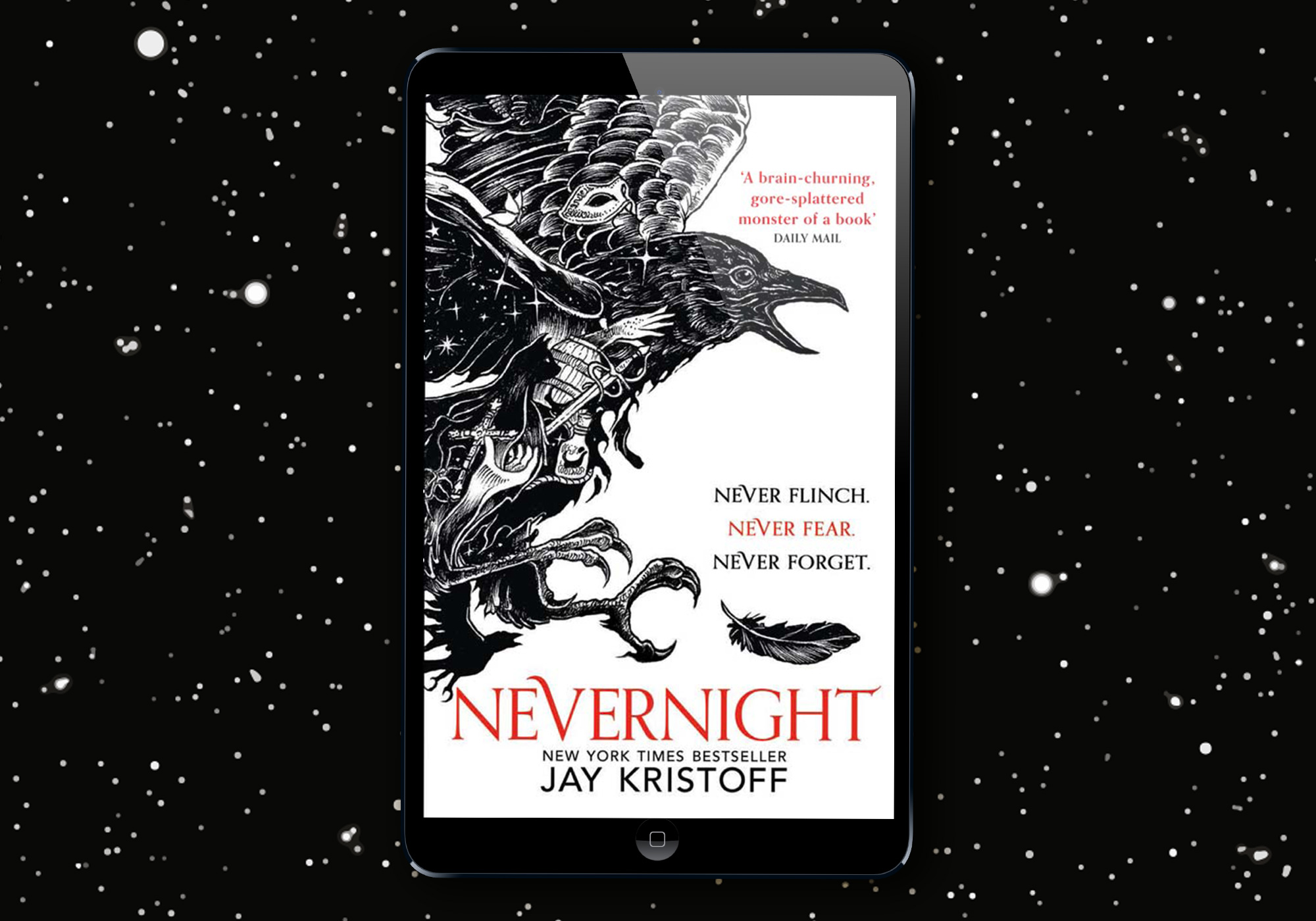 . . . no, not that. With Valentine’s Day just around the corner, we’ve selected some of the sauciest titles on our list for you to #StartYourVoyage with this February, whether you want a slow-burning love/hate romance or pure fantasy filth. The choice is yours.

If you like your heroines dark, brooding and a little bit stabby, get between the covers of Jay Kristoff’s The NevernightChronicle. Mia Corvere is the unflinching and deadly bad girl of your wildest dreams, subject of much fan art, and as Mr. Kristoff has explicitly stated on multiple occasions, this series is definitely not for kids. Plus, if you like to devour a new series in one sitting, the final book Darkdawn published last autumn.

Speaking of bingeable series, Netflix and chill is so last year but Stacia Kane’s Downside Ghosts series never goes out of style. The first book in her compelling urban fantasy, Unholy Ghosts was a storming success when first released in 2010. Murderous spirits and ruthless drug dealers combine to create serious problems for our fiercely independent heroine, Chess, in these fast-paced, sexy and addictive novels.

We’re bringing vampires back. From the bestselling author of The Princess Diaries comes an original urban vampire fantasy with bite. Insatiable’s protagonist, Meena Harper, is familiar with the supernatural. After all, she knows how you’re going to die. But not even Meena’s precognition can prepare her for Lucien Antonescu, a modern-day prince with a bit of a dark side and an ancient society of vampire hunters on his trail. Intriguing, no?

The City of Brass – S.A. Chakraborty

You might have heard us talking a lot about S.A. Chakraborty because, let’s face it, The Daevabad Trilogy is magnificent. With The Empire of Gold coming this June, there’s never been a better time to #StartYourVoyage. This one is for the romantics, with family loyalties, idealistic princes, and smouldering warriors.

Rachel Morgan is a white witch in world where hidden supernatural communities living alongside humanity have been revealed. But she’s a dead witch walking unless she can appease her former employers by exposing the city’s most prominent citizen as a drug lord . . . but making an enemy of Trent Kalamack might be more dangerous than she imagined . . .

If that isn’t enough to keep you warm this Valentine’s Day, you can pre-order Monstrous Heart, a sensational debut novel publishing this April. This is gothic, romantic fantasy at its very best – a tale of magic and intrigue on dangerous waters, and a love story for the ages.

Come and tell us about your favourite fantasy romance over on Twitter.