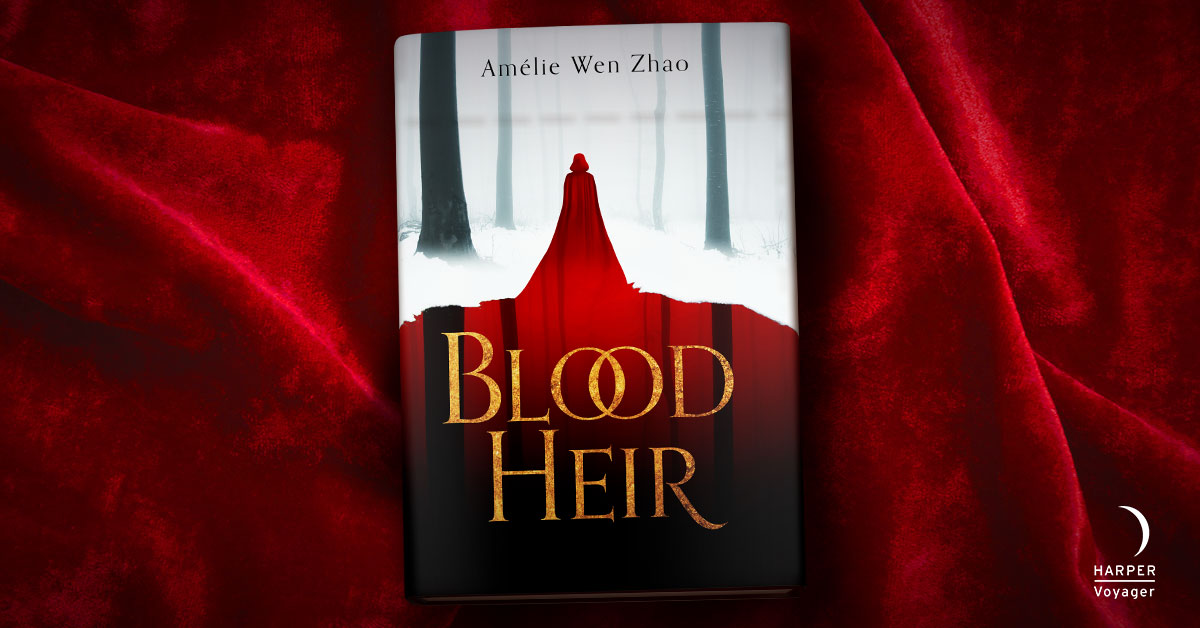 In a Morally Gray World, Our Choices Define Us by Amélie Wen Zhao

Have you ever thought what you would do if you could control blood? You would be so immensely powerful. You could avenge those who were wronged. You could fight for what you believe in. You could save the world.

Or you could destroy it.

These were the choices I posed to myself as I sat down to write my story about a young girl framed for her father’s murder in a corrupt, fantastical empire. Anastacya Mikhailov is the exiled heir of the Cyrilian Empire, with a terrible and powerful Affinity to blood. Born a princess yet labeled a monster by society, Ana grapples with these identities as her journey takes her from the Grand Salskoff Ballroom to opulent traffickers’ mansions, and her mission to clear her name becomes entangled with a discovery of a greater corruption plaguing her empire.

This is a world in which boundaries between good and bad and beautiful and ugly are blurred: princesses are monsters and cowards are heroes. Yet through Ana’s journey, I wanted to write a tale of hope, humanity, and magic. Having reviled herself for her terrifying magic her entire life, there is a single, defining moment in Blood Heir in which Ana comes to question: Who was it that deemed her blood magic evil, and why was it that she had sought to hide these parts of herself all along? The labels of ‘princess’ and ‘monster’ were given to her by society, just as today’s world tends to force singular labels unto young girls and women.

Ana’s story is about breaking through those labels and learning to accept herself for who she is and make choices in her own being: neither princess nor monster, with shades of both good and bad.

Similarly, the world of Blood Heir is not an easy one; it is plagued by human rights violations in a broken system of law. Magic users are trafficked and forced into indentured labor, invisible to and ignored by the laws that are meant to protect them. Yet there is also beauty in this world; shattered fragments of it. It is these parts of ourselves and our worlds that are worth fighting for and worth saving. And in a world painted by shades of gray, it is our choices that define who we are.