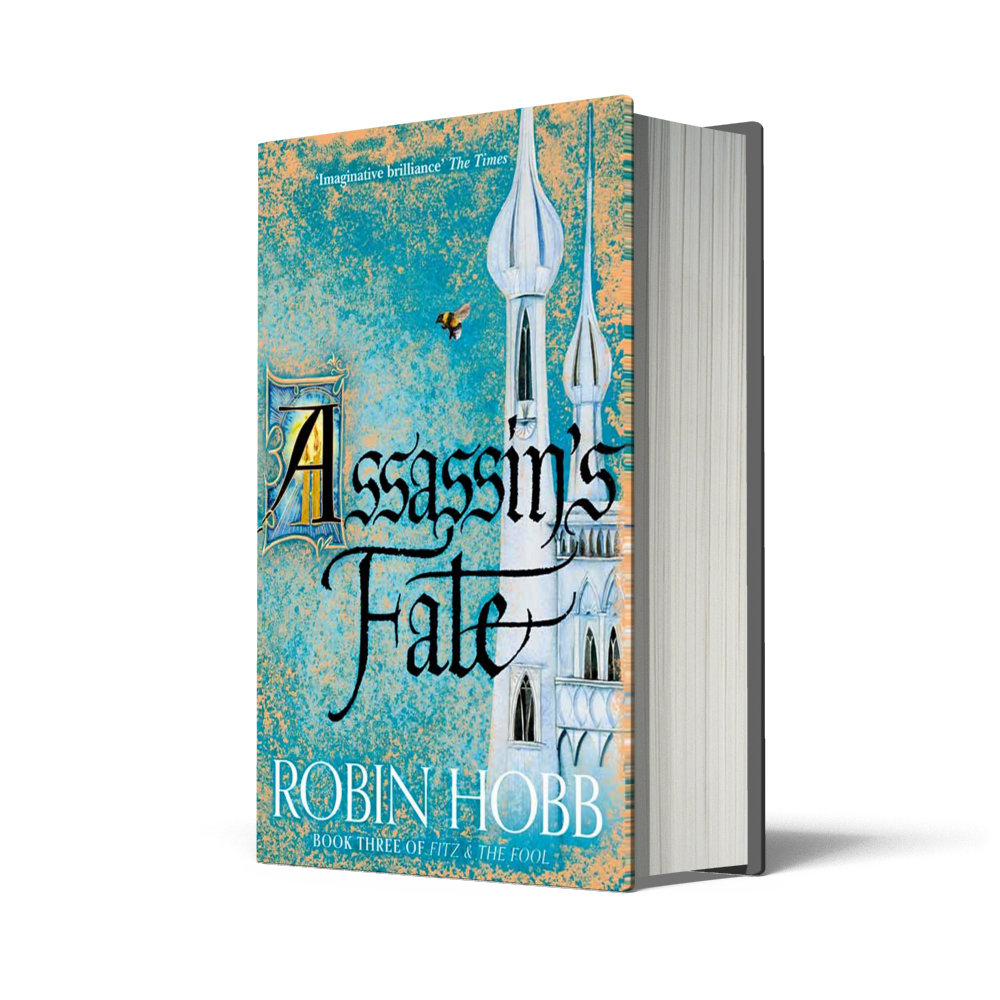 An exclusive message from Robin Hobb

I dedicated Assassin’s Fate to Fitz and the Fool. They’ve been my closest friends for over twenty years. That’s not to denigrate my marriage of forty-six years, or the friendships that reach back to my high school. The characters we write live inside our minds, creating an internal friendship that is difficult to explain to non-writers. I’ve never heard my characters speak aloud, never seen the Fool juggle or watched Fitz impassively shed the blood that demanded to flow. Yet over the past twenty years, I’ve spent more hours in their company than in anyone else’s.

When I first began writing Fitz and the Fool, my writing desk was in the laundry room, in an old house with plank floors. When the washer went into a spin, I’d dive for the computer and hold it steady lest the hard drive malfunction. I often wrote late at night, in darkness save for my old desk lamp and the green letters glowing on my black screen. All was quiet, the kids in bed, only frogs creaking outside. But both Fitz and the Fool were there, the Fool sitting cross-legged on the dryer, mocking and contradicting us.  Fitz leaned against the doorframe, talking in his soft, deep voice, always trying to explain his life to himself, puzzled as he looked back at his decisions, shaking his head over who he had been. Yet all of us knew that who he had been had already determined his future. Every new set of events built on what had gone before. From the start, we all knew what was to come. Just as the Fool looked forward, seeing a myriad of possible futures, and choosing a path, so I wrote forward, reaching toward events that had already happened to Fitz, even as I wrote them down for the first time.