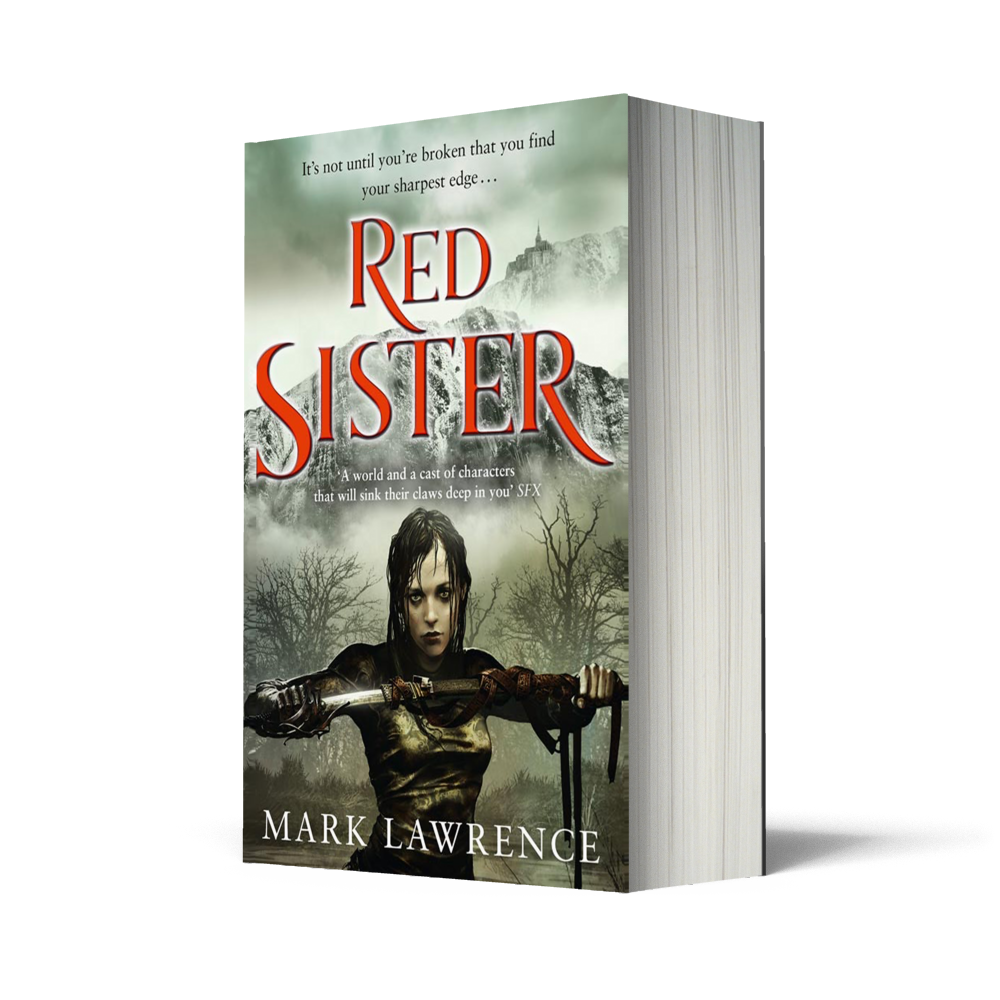 A Letter from Mark Lawrence

Red Sister contains a very different story to that in my debut, Prince of Thorns, or my next trilogy starting with Prince of Fools.

When I brought Jorg Ancrath’s story to a close I made it clear that I didn’t want to be wedded to one character for the whole of my writing career, and if moving away from him gambled that career then so be it. Jalan Kendeth was about as different from Jorg as it is possible to be in terms of character. But he was still a young prince in the Broken Empire.

Just as I wasn’t prepared to be tied indefinitely to the same character it turns out that after six books in the same world I wanted a change from that too.

The writing style has also changed. My previous books were told to the reader by the protagonist, seen through their eyes, and offered an armchair seat in the mind of the prince in question. They were written in the first person. Nona’s tale is told in the third person form used in the majority of fiction. It offers a less claustrophobic feel to the story.

Nona’s adventure sprung from my question – what sort of cover would Prince of Thorns have been given if it were titled Princess of Thorns, and instead of a Mark I was credited as a Mary? My editor sent me a piece of artwork of a dangerous looking young woman with a sword, and some time later I started writing a story about her.

Although Red Sister has a good measure of violence in it, the story also focuses on the nature of friendship, on making friends, on losing them, and on loyalty. I did worry at some points about the size of the step I was taking into this story of novices in a convent. Would my publishers think it a Malory Towers with knives, or Chalet School for ninjas? Would my readers come with me, would I find new ones wherever it was I might have taken myself?

Well, with April still on the horizon those worries will linger a while yet, but from the early reviews so far one common refrain has been “his best book yet”. Which, funnily enough, is what my US and UK editors said when they read it. I guess they must know their stuff!

So, whilst it isn’t true that in writing it’s change or die, it certainly is true for me that I have to change things up every now and then or die at least a little on the inside. I’m very happy to have written The Book of the Ancestor trilogy and feel that Nona has earned her place in my affections alongside Jal and Jorg. I’m proud of the story and I hope the readers who try it will have as much fun as I did.

Note from the editor, Jane Johnson:

I loved Jorg fiercely, despite (maybe because of?) his dangerous amorality: I loved how Mark dragged us back through his thorns to show us what traumas and twists had made him who he was. Then came Prince Jal, a regular Harry Flashman of a character, apparently debauched and cowardly, shot through with surprising dashes of decency and heroism. Both characters were very male. They strutted through the books with an excess of charismatic masculinity. When Mark declared the next series would feature a female protagonist I was delighted, but a little nervous. Could he pull it off? I shouldn’t have worried. Nona is a delight: ferocious, pig-headed, gritty, irreverent and possessed of a huge, wild heart. I adore her, and I think you will too.