Guest post: A.F.E. Smith on the Power of Names

It’s the paperback publication day for A.F.E. Smith’s fantasy-meets-murder-mystery DARKHAVEN, the first book in her Darkhaven Novels sequence. A fearsome (and awesome) ruling family of shapeshifters deserves a name that’s as complex and badass as they are – but why does ‘Nightshade’ work do the job so perfectly?

Many fantasy writers, Ursula Le Guin chief among them, have impressed upon us the importance of names. Names have power. They have meaning and resonance. That bit in A Wizard of Earthsea where Ged confronts Yevaud and binds him with his name still sends a shiver down my spine. I learned many things from Earthsea, and one of them is that on occasion, knowing the true name of something is all that stands between you and being chomped by a furious dragon.

There’s a reason why fantasy writers take the naming of their characters very seriously.

Having said that, I’m not going to lie: I mainly choose my own characters’ names on the grounds that I like the sound of them. I invent them on the spot. I pull them out of thin air. I pick out a name that conveys some key quality belonging to that character. Either that, or someone has drastically offended me and so I take the opportunity to put their namesake in a book for the sole purpose of killing them off. 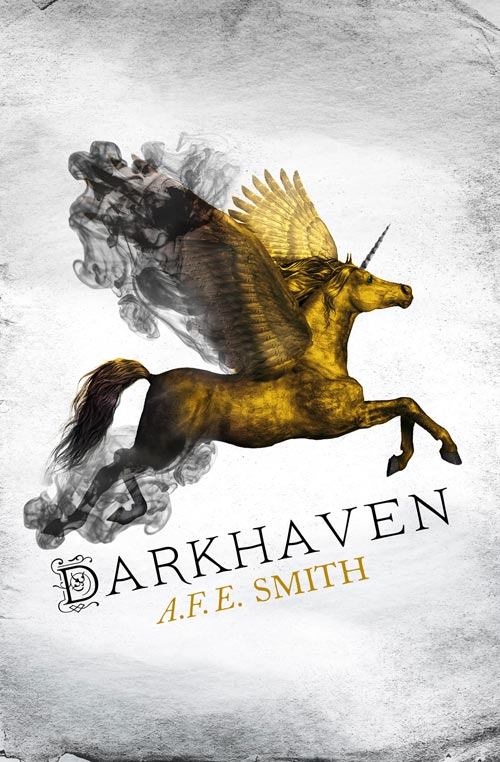 But every so often, I make the effort to give my characters’ names a deeper meaning. My Darkhaven ruling family, the Nightshades, are one such case. Nightshade, of course, conveys the impression of something dark and more than a little dangerous. When you say Nightshade, what springs to mind for a lot of people is Deadly. And indeed, deadly nightshade deserves its name: eating just a handful of its berries or a few leaves could be enough to kill you. That seems apt for a family who can turn into a variety of vast, strong creatures with an impenetrable hide and the ability to rip you to pieces before you can blink.

Some fun facts about deadly nightshade: it’s a strong hallucinogenic. It was once believed to be the key ingredient that allowed witches’ broomsticks to fly. Its other common name, belladonna or ‘beautiful lady’, derives from the fact that women used to apply it as a cosmetic aid (drops of nightshade solution in your eyes will dilate your pupils, though I wouldn’t recommend you try that at home). And, of course, it has a long history of use as a weapon of assassination, owing to high toxicity coupled with a deceptively pleasant flavour.

Yet in fact, not all nightshade plants are the murderous kind. Potatoes are nightshades, as are tomatoes, aubergines and peppers. Nightshades form a core part of our diet. And we smoke them, too. Tobacco is a nightshade. Even certain components of belladonna itself have traditional medicinal applications and are still used in modern pharmaceuticals. So this family of plants can be incredibly toxic or incredibly beneficial – sometimes both at once. How’s that for a metaphor?

My disgraced guard, Tomas Caraway, is also named after a plant. Folklore tells us that caraway signifies fidelity, memory and protection; it has the power to prevent loved ones and treasured possessions from being lost or stolen. Which is nice. Of course, it’s also used to flavour various kinds of alcohol, but let’s not mention that. (I rather imagine that taransey, the most infamous of Mirrorvalese spirits, tastes rather like kümmel, the Dutch/German liqueur. It’s an acquired taste.)

Naeve Sorrow got her name for the simple reason that I have always thought Sorrow would be a good name for a mercenary. Her first name, though, is a variant of the Irish Niamh, which means ‘bright’ or ‘radiant’. When you have a name like Radiant Sorrow, either you join a commune or you end up killing people for money. That’s probably why Sorrow prefers to go by her second name. (And when I say prefers, I mean insists at knifepoint.)

There are probably more examples. And it’s not just the people; places and things get similar treatment. This seems to be a common trait among fantasy authors: packing far more background into a single name than anyone else is ever going to notice. So why do it?

One reason, I think, is that idea of resonance. Names resonate with us in different ways. We like or dislike them, without always knowing why. They come with a trail of half-heard echoes behind them. So authors choose names for their characters according to a personal set of resonances – whether consciously or unconsciously – and hope that readers will share those same resonances. (Of course, the whole thing can be ruined if a character turns out to have the same name as the reader’s high school nemesis, but that’s another story.)

The third reason – and probably the main one, when it comes down to it – is that fantasy authors are obsessive creatures who know far, far more about the worlds they create than anyone actually needs to know. Loading names with meaning is just part of the same process that results in fifty scrawled diagrams of the exact layout of a building that’s referred to once, in passing, somewhere in the middle of chapter twelve.

Or maybe that’s just me.

The DARKHAVEN paperback is available here, and the ebook is available here (already a fan? The sequel GOLDENFIRE can be purchased here). Find A.F.E. Smith on Twitter @AFESmith and online at http://www.afesmith.com/