In October 2012, HarperVoyager signed 15 full-length novels from mostly unagented writers, gathered in a two-week open submissions process. Andy Livingstone’s HERO BORN is one of these novels, and it’s the first volume of the fantasy sequence The Seeds of Destiny. Here, as part of our series of interviews with these debuting HarperVoyager authors, we talk to Andy about the writing life. 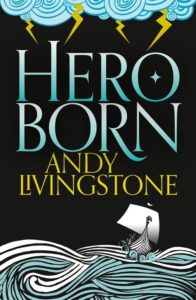 Hi Andy, thanks for talking to us. Please tell us a little bit about yourself.

A chance encounter with a copy of The Hobbit and a gift of The Lord of the Rings from my maternal grandfather gave birth to a love of fantasy that has never diminished, and I am now thrilled and honoured to be joining the ranks of published fantasy writers. I am a 47-year-old press officer and former journalist who wrote news stories for 20 years despite a head full of fiction. I am a husband of one wonderful wife, father of two adored teenagers, step-father of four brilliant adults and step-grandfather of four amazing and cute young ’uns, all of whom are their own source of pride and inspiration to me.

What was your first ever job?

Trainee valuation surveyor (one-year job as part of college degree course – degree not completed!), before I realised I had to do something with words rather than numbers. My first ever full-time permanent job was Junior Reporter, The Sunday Post. 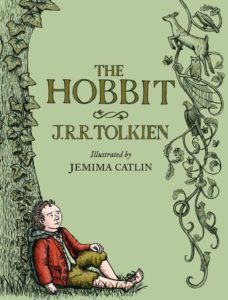 Have you always wanted to be an author? If not, what did you think you were going to be when you grew up?

I always had stories coming into my head and always dreamt of being an author, but never believed I would be lucky enough to make it my job, so for the first 14 years of my life I was fixated on joining the Army. I did dream on that front of joining the SAS as part of my natural awe of the elite in any field, blithely ignoring the fact that I had as much chance of passing the selection procedure as Tyrion Lannister has of completing a sponsored silence. I also daydreamed of being a professional footballer for Motherwell, Arsenal and Scotland (for chances of success and associated ability level, see Tyrion Lannister reference above).

What was the inspiration for your novel?

The books I read from a young age (Celtic, Roman, Greek and Norse folklore; fantasy; adventure tales/thrillers) and the stories that my imagination filled my head with as I struggled to fall asleep as a child came together as themes when I first drew together the courage to launch myself into a full-length novel, while the occasional line from a song (from as disparate sources as My Chemical Romance to Kris Kristofferson) would set my imagination off during the writing process. 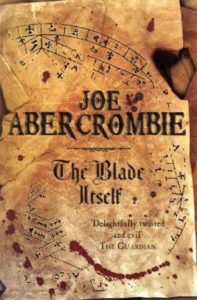 What is the best advice anyone has given you about writing?

From Mrs Richmond, my Primary 1 teacher: ‘Close your eyes; make a picture in your head; write down what you see.’

Aside from writing, what is your favourite thing to do?

I adore sport and, in particular, football. I follow Motherwell FC (as a result of obsession), and spend much of my time with my wife watching my two sons play and train in the sport (as a result of pride and love). I read to relax and escape, and love sitting with my wife in front of a good telly thriller or drama. 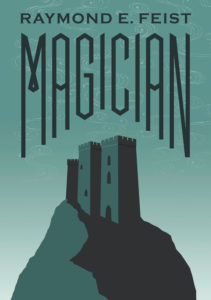 What are your top three SFF books and why?

The Hobbit – the one that introduced me to fantasy, at the age of six.

Magician by Raymond E. Feist – the book that started me off reading the one author whose every book I have read, with characters you automatically feel for and are drawn to follow.

The Blade Itself by Joe Abercrombie – the book that showed me I could love a darker side of fantasy, with characters that you can’t help liking in spite of yourself.

(And a special mention for Disenchanted, by Robert Kroese, which was a delight from start to finish and made me laugh more than any book for a long time.)

If you could ride off into the sunset with a fictional character, who would you choose and why?

Fafhrd and the Gray Mouser. It would be a blast.