Debut author, Laura Liddell Nolen’s first ever novel publishes today, and to celebrate she has written a brilliant post for our very own Voyager blog. Check out her top 5 science fiction spaceships below, and their real-life counterparts. No prizes for guessing that her new novel, The Ark, is also about a spaceship – or five. The massive spaceships in The Ark are a hybrid of all the ships in our top five, equipped with propulsion systems, and designed to save as many humans as possible, as a meteorite hurls towards earth. You can order it here, today, and follow Laura on Twitter here.

The Death Star and the ISS

Now, technically, these are space stations, not space ships, since they lack thrusters, but they’re way too awesome to leave off a list like this. In the 1977 movie Star Wars, the Death Star, arguably the coolest space station ever conceived in fiction, was commissioned by Emperor Palpatine to solidify his iron grip on the universe through intimidation. It was huge – the size of a small moon – taking immeasurable resources from the rest of the Empire’s operations, and worse: it was armed. And we’re not talking standard-grade nukes here, either: The Death Star was capable of destroying an entire planet in minutes. Its spectacular end, an achievement in visual effects in its own right, was among the most exciting climaxes in any movie, ever. (Even before the 1997 computer-generated enhancements of the explosion.)

The International Space Station is no less a marvel. Rather than representing fear, it’s one of the most recognizable symbols of unity in existence. Russian cosmonauts work alongside American scientists and other spacefarers from around the globe. The current crew, Expedition 42, also boasts an Italian engineer: Samantha Cristoforetti.

Ah, the luxuries of travelling in space. The allure of space sickness, balance disorders, decreased production of red blood cells, a weakened immune system, and the near-constant threat of death are apparently too much for certain fictional characters to resist. Television series like Firefly, Doctor Who, and Battlestar Galactica make references to the extreme upper-classes taking their holidays on elite spacecraft designed to delight the senses and cater to their every whim. Space tourism sounds like fun, right? 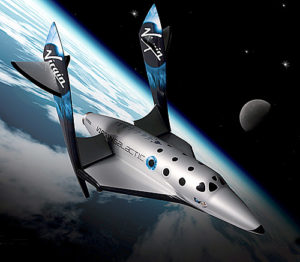 Reality agrees! In 2004, Virgin CEO and real-life corporate cowboy Richard Branson announced that he’d be taking applications from wealthy civilians who’d like to tour space. His announcement was met with great enthusiasm from all over, including, of all people, Lance Bass. You know, from *Nsync.

The Dune Sandcrawlers and The Mars Curiosity Rover

Not all space-related missions are big enough to block out the sun. In Frank Herbert’s 1965 novel Dune, sandcrawlers are small craft that land on the surface of the planet Arrakis and look for the spice melange, the control of which is the central external conflict in the novel.

They remind me of the Curiosity, a Mars rover designed to answer one awesome question: could Mars ever have supported life? In this case, the real-life spacecraft is far cooler than the fictional one. For one thing, the Curiosity is adorable– like if Wall-E and Eve had a robo-baby– and even better, it tweets! With Britney Spears, no less, in what can only be described as a valiant attempt at redefining the word random. Get following the rover @MarsCuriosity

Fiction loves the moon. As early as Juan Maldonado’s Somnium, published in 1541, authors have created stories involving missions to and settlements on its surface. Jules Verne, Robert Heinlein, C.S. Lewis, and even George R.R. Martin have all written stories along this theme, and that’s just for starters.

One of my favorite moon-based stories is George Melies’ 1902 film A Trip to the Moon. In it, a group of astronomers load themselves into a cannon and blast into space, eventually landing on the moon. While they sleep, the moonscape awakens, full of comets, sentient constellations, and a moon goddess who swings around while creating snow. Keep in mind, this movie was made in 1902: more than half a century before moon travel became reality. That last part bears repeating: moon travel became reality. In the decades that followed humanity pooled our collective resources and literally placed human beings on the surface of the moon, a feat no less astonishing in 2015 than it was in 1969.

The Ark and The Mars One Mission

Having conquered the moon, science has since turned its gaze farther out. In a shocking 2012 announcement, a Dutch company called for volunteers for a manned mission to Mars. In a twist worthy of Stephen King, the announcement featured a major departure from similar, previously planned missions: their journey will be a one-way trip.

Whether or not the program meets its goal, one thing’s for sure: people love the idea. In the months following the announcement, a staggering 202,586 hopefuls applied. It’s done wonders in raising awareness, and by extension, funding, for space exploration. By that metric alone, Mars One is already a success.